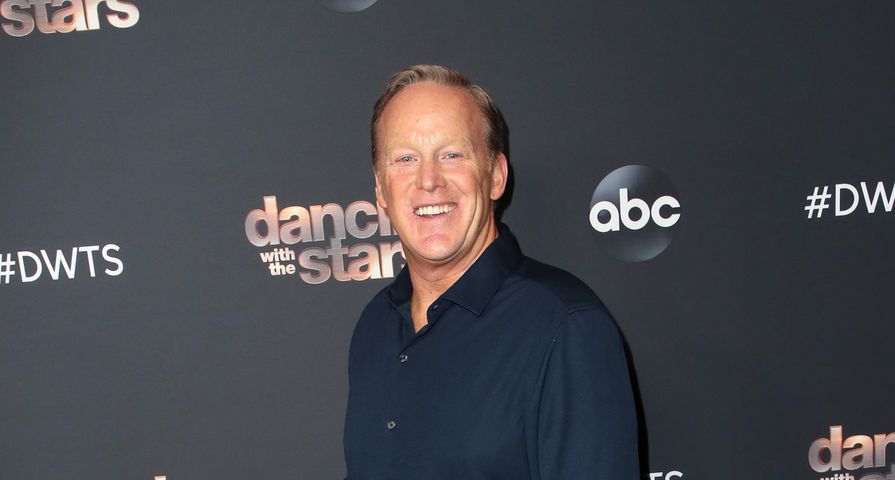 On week 9 of Dancing With the Stars, support from fans (or even the president) couldn’t save Sean Spicer, the former White House Press Secretary, from eliminations!

If we focused on judges’ scores alone, Spicer would’ve been eliminated weeks ago from the dance competition, however fans of the show saw Karamo Brown and Kate Flannery – the pair displayed superior performances – sent home instead.

Before Spicer was dismissed from the show’s ninth week, Spicer and his interim pro partner Jenna Johnson performed an Argentine tango and a foxtrot. Johnson filled in for Lindsay Arnold last week as well, as Arnold continues to mourn the recent loss of her mother-in-law.

In a since-deleted tweet from President Donald Trump, who was campaigning for Spicer, he said,  “Vote for Sean Spicer on Dancing with the Stars. He is a great and very loyal guy who is working very hard. He is in the quarterfinals – all the way with Sean! #MAGA #KAG”

However, once the results were counted for and announced, Trump’s tweet was removed and a new tweet was posted, which congratulated Spicer’s efforts on the show, “A great try by @seanspicer. We are all proud of you!”

Spicer then responded to Trump’s tweet and shared to his own feed an hour later, “Thank you @POTUS @realDonaldTrump I can’t begin to express how much your continued support has meant, especially during my time on @DancingABC.”

The former White House Press Secretary’s run on the show irritated many, especially judge Len Goodman. On week 8 of Dancing With the Stars, which aired on November 5, Goodman said to Spicer, “We keep throwing you out of the boat and the viewers keep throwing you a life-preserver!” Judges Bruno Tonioli and Carrie Ann Inaba also haven’t been a fan of the politician. “Sometimes it looks like you are doing the same dance over and over again,” Inaba said on last week’s episode. “That’s why your scores haven’t improved.”

Last week Brown spoke out about Spicer’s dancing skills on Bravo’s Watch What Happens Live with Andy Cohen, telling the host, “He can’t dance, that’s literally what it is, but it’s also fan vote. And Middle America watches the show and they vote for him. And also our president, who should be doing other stuff, has been tweeting ‘vote for the man.'”