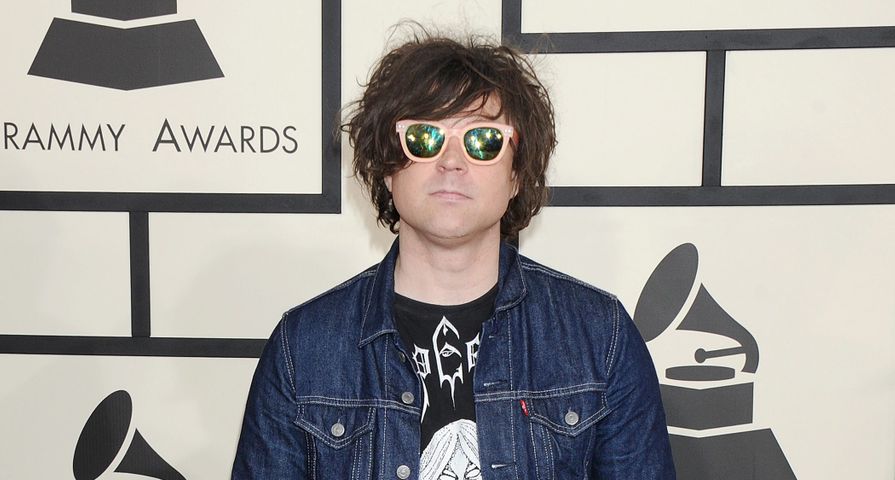 The red carpet at the 57th Annual Grammy Awards saw a lot of love from some of Hollywood’s famous couples including Kim Kardashian and Kanye West, Big Sean and Ariana Grande and Miranda Lambert and Blake Shelton who all posed happily together before entering the Staples Center for the big night.

On the flip side of that however are the noticeably single, one of those being rocker Ryan Adams, 40, who made his first red carpet appearance since news broke that he and actress Mandy Moore, 30, were splitting up after six years of marriage.

Adams, like always, kept to himself and avoided reporters before taking his seat beside longtime friend Jenny Lewis who he will be touring with later this spring, and was no longer wearing his wedding ring but it was hard to tell if he was at all distracted by his recent split.

In a joint statement both Moore and Adams said the break up was “amicable” and “respectful” however recent reports indicate that Moore was “shocked” by how he handled the split.

After Moore filed for divorce, Adams then filed for dissolution of the marriage on January 23 and listed their seperation as August 4, but an insider told Us Weekly that that is not a correct date and it is “coming from there being no prenup and is financially motivated.”

The insider further indicated that things are indeed not amicable for the time being, stating, “She’s [Moore] trying to keep things civil but is pretty upset about the way he’s handling this.”