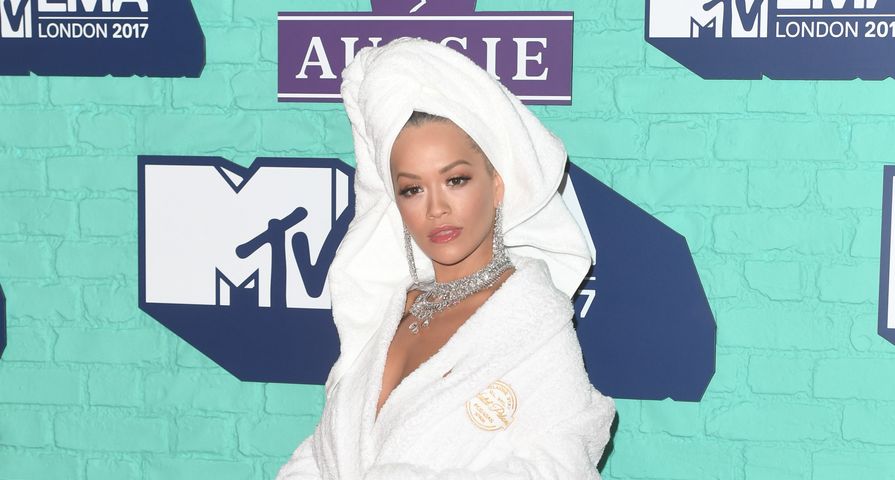 We’ve undeniably seen some bold and somewhat outrageous trends on the red carpet, but Rita Ora just took it to the next level at the 2017 European Movie Awards on Sunday!

The star stepped out in what seemed to be the before stages of a red carpet outfit as she wore a full-blown bathrobe, even complete with a towel on her head! Although part of us is seriously questioning her lack of judgment in stepping out in an outfit as wild as this, part of us also praises her for choosing a piece as comfortable as a bathrobe! Despite how close this garment resembles a legitimate robe, upon further investigation it has been concluded that the piece is actually from the Spring/Summer ’18 collection of Palomo Spain, an androgynous menswear line.

Her outfit definitely makes it seem like she didn’t put too much thought into her look, but her makeup says otherwise! Ora stepped out with a flawless complexion, glossy lips and super long lashes, which makes it safe to assume a glam squad was involved in prepping her for the occasion. Aside from the artfully twisted towel headpiece, the star also donned pounds of diamonds around her neck and dangling from her ears.

What do you think? Was this look absolutely ridiculous or somewhat glamorous?