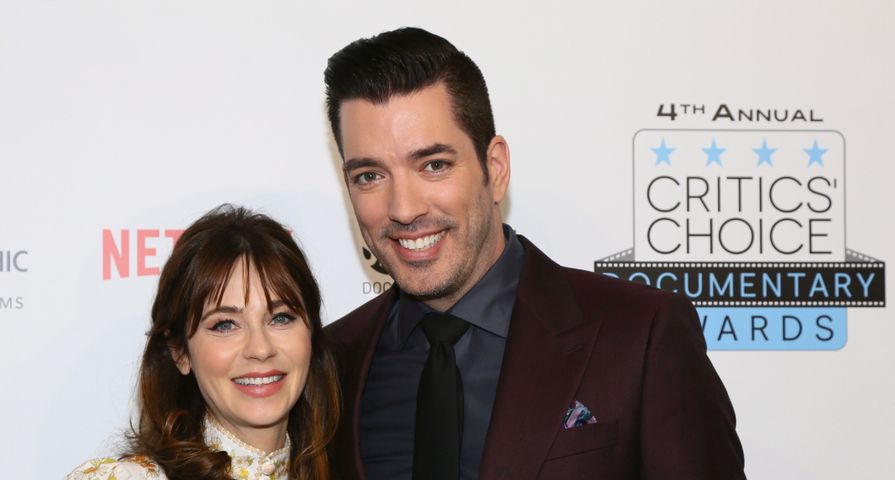 Scott recently opened up about his relationship with the actress and joked about what it’s like to be linked to a talented actress in this week’s issue of PEOPLE.

“I don’t think it was expected,” Scott said about his and Deschanel’s romance, which they made public in September. “You know, what’s really funny to me is, yeah, you see online and on social media, the internet is obsessed and keeps posting [about us], but the funniest thing is everyone’s like, ‘She’s dating who?!’”

Although Scott and Deschanel are famous in their own right, the two do occupy different spaces in the entertainment industry. Scott has a career as a home and lifestyle expert on HGTV. In contrast, Deschanel has acted in multiple TV shows and movies – her most notable roles include 500 Days of Summer as Summer and New Girl as Jess – and recorded music as the other half of folk duo She & Him, with M. Ward.

“We come from very different worlds on the surface, when you look at our careers and what we do,” he told PEOPLE. “But it’s uncanny how many things we have in common. From both having an equestrian background, to our education, to everything!”

According to a source, Scott and Deschanel first met on the set of Carpool Karaoke over the summer and instantly hit it off by bonding over their shared love of music in August. The source also revealed that the pair have a “have a similar sense of humor” and “became friends and started texting and talking on the phone and it blossomed from there.”

While Deschanel may be more known as a recording artist, the Property Brothers stars have dabbled in the music world as well, the brothers released two country-tinged singles and a cover of Flo Rida’s “My House.”

Many fans were surprised when they learned that Scott and Deschanel were dating, and during his interview with PEOPLE all he had to say jokingly was, “I’ve got perks! I can fix your plumbing, I can paint, I can design a space, I can… I’ve got all kinds of perks!”

A week after Deschanel announced her separation from ex-husband Jacob Pechenik, a source confirmed to PEOPLE that Scott and the actress were dating after they were spotted walking hand-in-hand in Los Angeles’ neighborhood Silver Lake.

The pair made their relationship known via Instagram on October 20. On Halloween, Deschanel met the HGTV star’s family when he brought her as his date to his older brother J.D.’s wedding to Annalee Belle. Since then, Scott and Deschanel have been spotted together on the red carpet and the latest Star Wars movie premiere.

Scott admitted in the interview that inviting the actress to the wedding was a big step in their relationship, but “it was amazing.”

“The fun thing too, for me, is she can go out, and she can work the room and talk to people, introduce herself. It’s a totally different experience for me,” he said.