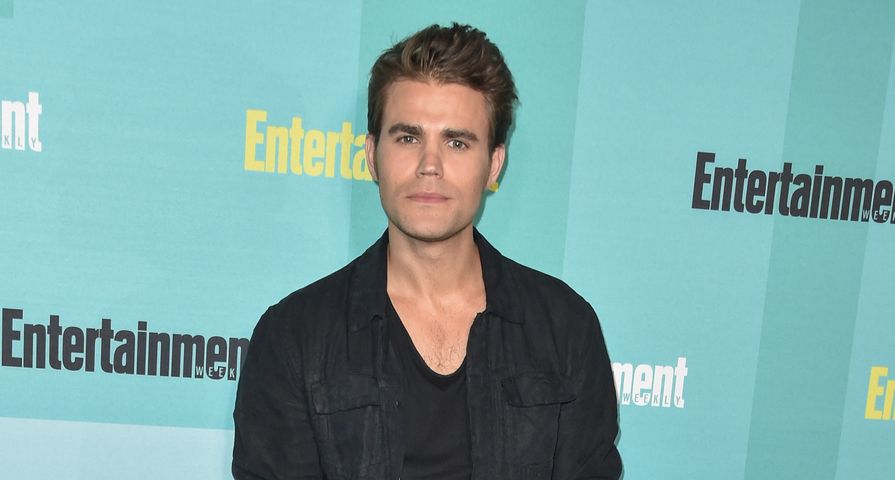 Vampire Diaries star Paul Wesley sat down for Watch What Happens Live With Andy Cohen on Monday to promote his show, Tell Me a Story, and revealed that he wanted his Vampire Diaries character, Stefan Salvatore, to kick the bucket in the CW show’s final episode.

The actor’s wish was granted, as his character sacrificed himself in the finale, and allowed his brother, Damon (portrayed by Ian Somerhalder), to have a life with Elena (played by Nina Dobrev), and saved the town, Mystic Falls, from a deadly fire.

“I was very happy that he died and I actually had requested that he die,” the 37-year-old actor admitted. “He did a lot of bad things and I felt like he deserved death.”

The actor revealed to Andy Cohen that he requested all of the bad things his character did.

“I was playing the good guy. I felt like I was starting to become a little bit type cast as the good brother. And I really tried my best to influence them to allow me to be ‘the bad guy’ and they made that happen,” he said of the TV series’ writers. “Season three I turned into ‘the ripper’ and I felt like that was a big part of my doing.”

While Wesley felt “good” about the show’s finale, he admitted that he wished other characters had also perished during the episode.

“I honestly think both brothers should have died. I feel good about it, although I would’ve liked that we both died and that Elena, the girl at the end of the show, all her memory was wiped and she went on to live a normal life and forgot that we ever existed,” the actor said. “I think that would’ve been nice.”

Although Wesley wished that his on-screen brother had lost his life at the end of season eight, the actor had nothing but praise for both his and Somerhalder’s fictional and real-life relationships.

“Ian’s a very loving guy. We hug a lot… We have cuddled… I’m sure we’ve cuddled up maybe on a plane or something,” Wesley revealed. “We haven’t spooned. Yet…We hug each other. He gives me kisses on the cheek all the time.”

Moving on to his role, Wesley talked about how he took the job “very seriously,” and there were some necessary preparations that required a sense of humor.

“Based on the chest photos, clearly a lot of working out obviously. A lot of tanning. A lot of shaving my chest,” he said of his groomed appearance for the show. “… I was playing a 17-year-old, so I kinda didn’t have a choice in the matter.”

“… I was playing [a] 160-year-old guy and I had to be stoic and brooding and I had to just think about what it was like to be on this earth for 160 years [and add] a deadpan expression,” Wesley added.

Although Wesley praised the show, his role, and his costars, he admitted that he had one problem with the series in general.

“Everyone was a supernatural being! What the hell? There need to be some humans! We’re in the real world! Everyone! Everyone in the whole town was a mystical creature,” he asserted. “I feel like… it should’ve been 50/50.”