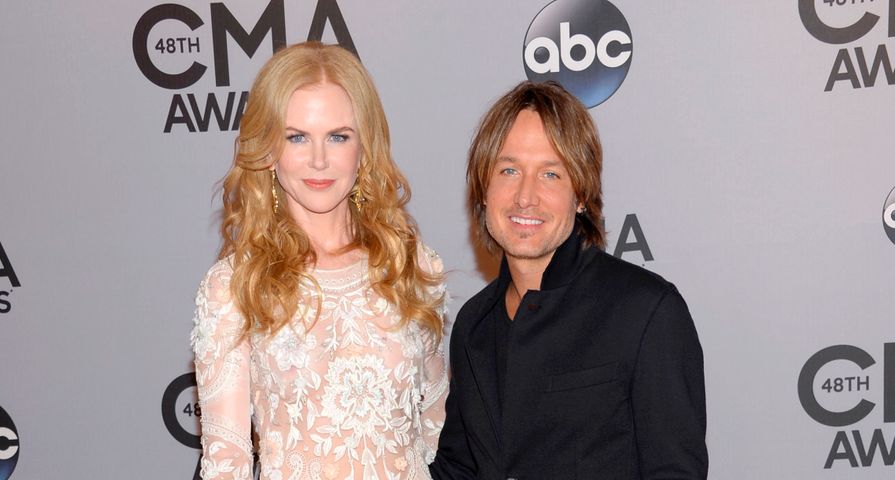 Donning a sweet black knee-length dress with silver piped accents and a sheer neckline and sleeves, Nicole held hands with her smartly dressed husband and even shared a smooch in front of reporters and fans.

The weather made the premiere a bit wet, but the stars all carried umbrellas and didn’t seem to mind. Nicole had to walk carefully in her black stiletto heels though, and was probably glad that she wore her reddish blonde hair in a messy side bun.

In the live action film, the Australian Oscar winner plays the villain, Millicent, a sinister taxidermist who wants to get her hands on Paddington. Joining her in the cast are Hugh Bonneville, Ben Whishaw, Julie Walters, Sally Hawkins and Jim Broadbent.

“Well obviously, I was the kid that loved the wicked witch in The Wizard Of Oz, so of course I grew up to be the girl who wants to play the villain in a movie. I’m always happy to play the bad girl,” Nicole said about her villainous role. “I just get to have fun, and it’s obviously all done with a smile.”

She continued: “I know all about Paddington. I had a teddy bear but I also had a Paddington Bear. I remember being about six or seven and just hoping I would find my own little Paddington stranded on the street.”

Check out the video to see Nicole and Keith pack on the PDA: