Most Talked-About Met Gala Looks Of 2015 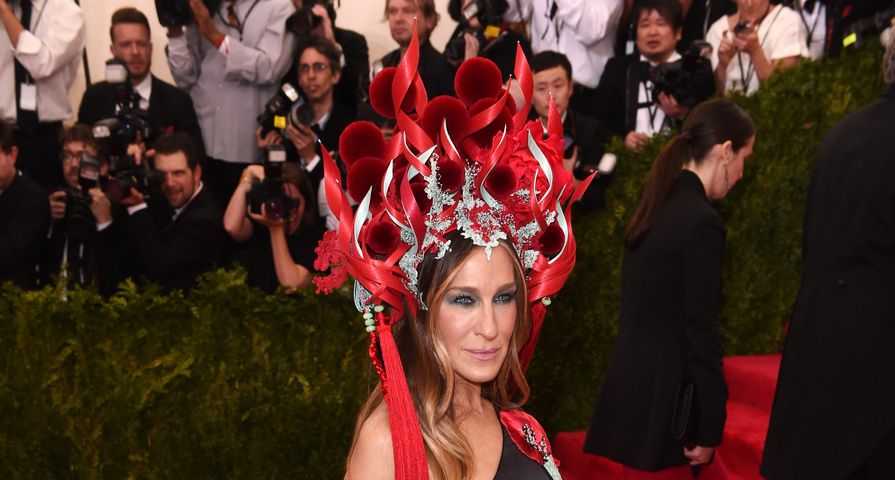 The 2015 Met Gala is over, but we can’t stop thinking about bold, controversial looks from Beyonce, Rihanna and Sarah Jessica Parker.

Turning heads early in the evening, Sarah Jessica Parker donned a black gown and red, flaming headdress. SJP worked since autumn to put together a memorable, avant-garde look for the Costume Institute’s Chinese theme. Check out the video to see it!

“We were pretty deep into the [dress] design, myself and this wonderful tailor here in New York, and then H&M called and they said they have this initiative called Conscious Collection, where they use sustainable fabrics,” the Sex and the City star told Cosmopolitan.com.

She continued: “They basically dug up every piece of old fabric they could find in Sweden, and it’s all been incorporated into this.”

SJP may not have predicted that she’d be one of the most talked about looks of the evening, especially next to Rihanna’s imperial yellow, fur-trimmed embroidered cape and headdress by up and coming Chinese designer Guo Pei.

Although they both embody serious fashion, Rihanna spawned memes of pizzas and omelettes, with one even positioning her dress above SJP’s and using it as a kind of stove.

And then of course there’s Beyonce, who was the most naked of the evening (a title Rihanna has gotten at past Met Galas). Beyonce’s sheer, encrusted Givenchy gown covered all the most important parts but didn’t leave much to the imagination.

Which shocking Met Gala look is your favorite?