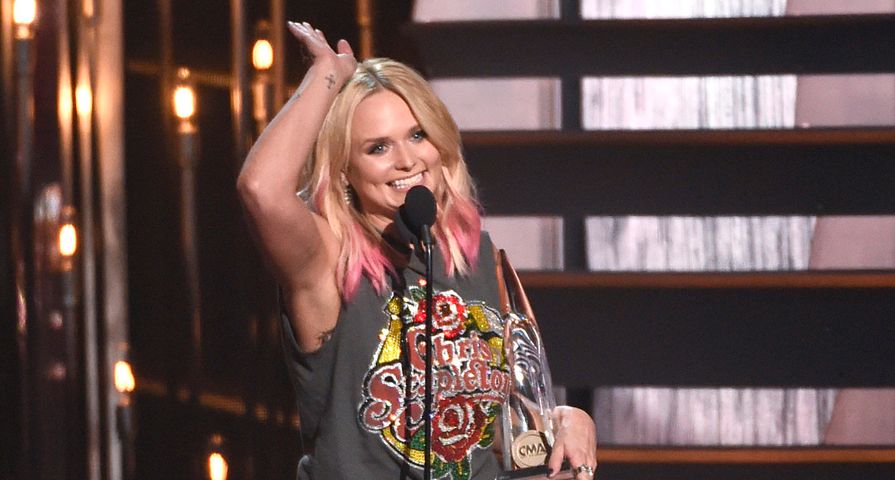 2015 has been a big year for Miranda Lambert and after it all emotions were probably running very high for the country music star at the 2015 Country Music Association awards in Nashville on Wednesday, Nov. 4.

The show marked the first event she and her ex-husband Blake Shelton would both be attending since their divorce in the summer, and if that wasn’t enough, only hours before the show, Shelton confirmed he is now dating fellow music star and Voice coach Gwen Stefani.

Although reports from earlier in the day indicated Lambert “isn’t surprised at all” about the romance between the two, she definitely did not seem as happy as she normally does at awards shows.

After winning for Female Vocalist of the Year, Lambert took to the stage to accept and made it clear she didn’t want to be up there long, stating, “Hi guys, thank you so much. Man I really appreciate it. I needed a bright spot this year, so thank you. I love country music fans, and I’m just gonna keep it short, but Justin Timberlake and Chris Stapleton, thank you very much. I’m gonna go home and practice. Thank y’all very much, I love y’all.”

Of course, as to be expected, after such a major split, Shelton and Lambert were the butt of a few jokes for co-hosts Brad Paisley and Carrie Underwood, although luckily for Lambert, they focused mostly on joking about Shelton.