Mila Kunis Dishes On Her First Night With Ashton Kutcher 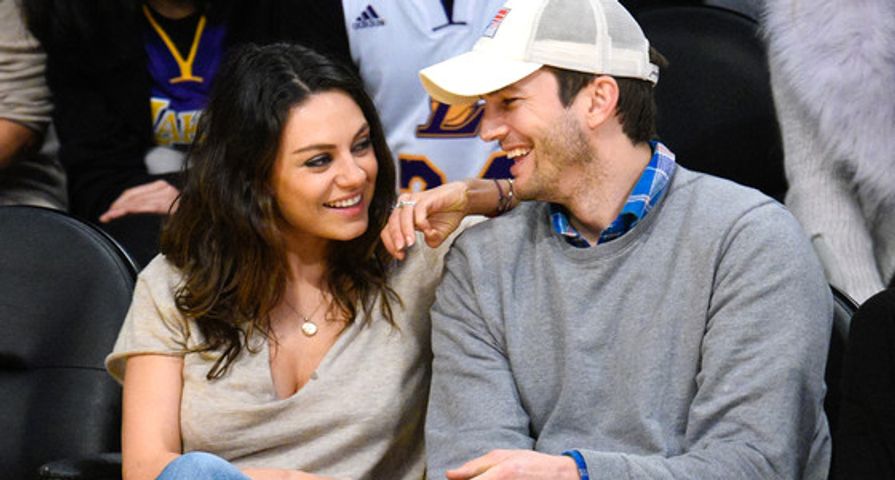 In her recent interview with Howard Stern, Mila Kunis gave listeners the low down about how she got together with her husband and long time friend Ashton Kutcher.

The actress is currently on a promotional tour for her latest film, Bad Moms, and stopped by the Howard Stern to talk about her experience playing a stressed-out mother on film. The conversation soon shifted, however, as Stern was interested to know more about how Kunis and Kutcher became a couple. Unsure about whether or not she should disclose the details, Kunis told Stern, “I might get in trouble for this.”

Kunis said she and Kutcher stayed platonic friends for years, but that things started to shift after they found themselves single after long term relationships. Kunis was at an awards show when she noticed an attractive man standing nearby. “I see this guy and I see his back and he’s really tall,” Kunis recalled. “Then he just turns around and it was literally like if we were in a movie, the music would start playing and the violins would go…I think for the first time ever he took my breath away…I was like f—k, he’s good looking.”

Not long after, Kutcher invited her to his housewarming party. Initially, the handsome actor planned to set Kunis up with one of his friends, but this changed when she brought a girlfriend to the party. The two of them had such a good time together that Kunis ended up staying the night.

“Long story short, I didn’t leave until the next morning,” she candidly told the radio host. Although she had wanted to go home in the early hours of the morning, Kutcher insisted that she stay for the rest of the night. “[It was the] the first time I ever slept over while I was single,” she recalled.

The two started a secretive, casual relationship with the idea that they’d be more like friends with benefits. “We started dating with the idea we both were never going to get married,” she said. She also noted that the both of them were foolish because they didn’t pay attention to the advice in the movies they starred in. Each had starred in films based on casual relationships turning more serious with Kunis’  Friends With Benefits and Kutcher’s No Strings Attached, and soon realized that they had strong feelings for each other.

Now expecting their second child, the couple have matured over the years. Though Kutcher knew Kunis when she was 15 years old, she says they weren’t right for each other when they were younger. “We would never be together based on the people that we used to be.”