Meghan Markle Felt “Unprotected” During Pregnancy According To Court Filings

Meghan Markle felt “unprotected by the institution” when it came to defending herself in the British press.

The Mail on Sunday has revealed previously unknown details regarding Meghan’s case against the British press.

Markle’s lawsuit against Associated Newspapers Limited was first filed in October after the publication shared excerpts from a letter between Meghan and her estranged father, Thomas Markle.

A source close to the Sussexes shared with ET, “The case centers on a private and hand-written letter from a daughter to her father that was published by The Mail on Sunday. This gross violation of any person’s right to privacy is obvious and unlawful.” The source added that “the Duchess’ rights were violated.”

The documents state that amid her pregnancy, the Duchess “had become the subject of a large number of false and damaging articles by the UK tabloid media, specifically by the Defendant  [Associated Newspapers Limited], which caused tremendous emotional distress and damage to her mental health.”

It further states that many of Markle’s close friends “had never seen her in this state before” and that they “were rightly concerned for her welfare, specifically as she was pregnant, unprotected by the Institution, and prohibited from defending herself.”

The documents also claim that “it was mandated by the [Kensington Palace Communications Team] that all friends and family of [Markle] should say ‘no comment’ when approached by any media outlet, despite misinformation being provided to UK tabloids about [her].”

“This shared frustration amongst [her] friends left everyone feeling silenced, as it appeared that other so-called sources were able to disseminate false statements,” the documents continue. “While the people who knew her best were told that they needed to remain silent.” 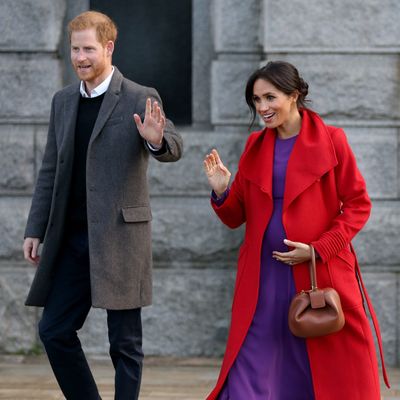