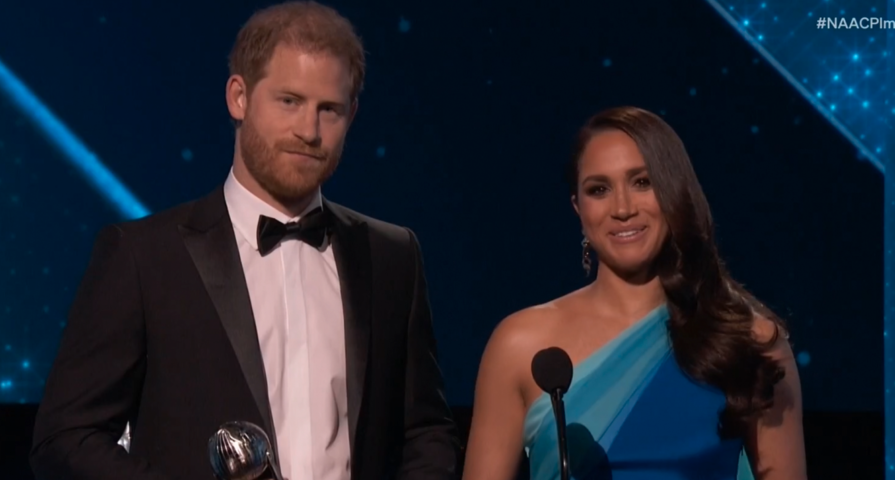 The couple appeared on stage at the NAACP Image Awards to accept the President’s Award which recognizes special achievement and distinguished public service. Past recipients of the award include Muhammad Ali, Jesse Jackson, Colin Powell, Condoleezza Rice, LeBron James and Rihanna.

Prince Harry and Meghan Markle founded Archewell Foundation in 2020. Through this foundation the couple has supported multiple causes such as providing support during the pandemic and fighting for racial justice during the Black Lives Matter movement.

The couple made a speech during the awards show when accepting their award. “It’s inspiring to think about the legacy of the Image Awards, which began shortly after the Civil Rights Act of 1964 and the Voting Rights Act of 1965 were passed into law,” Meghan shared after the couple walked on stage together. “Today, we can continue that legacy by re-establishing federal voting protections in our country and fulfilling the work of civil rights giants, like the late John Lewis.”

“We are so deeply humbled to be here in the company of so many illustrious awardees.”

Harry added, “Before I begin, we would like to acknowledge the people of Ukraine, who urgently need our continued support as a global community. I also echo the immense gratitude for tonight, both for this award and this community for welcoming me so warmly. I think it’s safe to say that I come from a very different background from my incredible wife, yet our lives were brought together for a reason. We share a commitment to a life of service, a responsibility to combat injustice and a belief that the most often overlooked are the most important to listen to.”

For the occasion, the couple opted for ensembles by Black designers. Megan wore a flowing blue gown by Christopher John Rogers while Harry wore a tux by Ozwald Boateng. 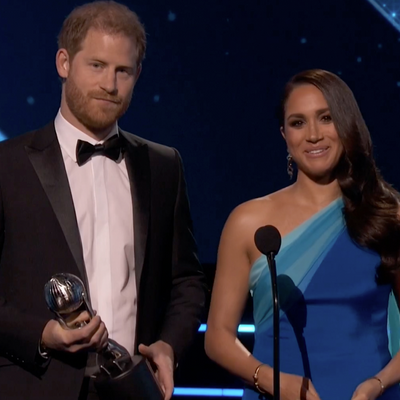