Meghan Markle Accuses U.K. Tabloid Of ‘Vicious’ Move To Name Her Friends Who Spoke With PEOPLE

Meghan Markle is fighting to halt an attempt from a British tabloid at naming the five friends who spoke to PEOPLE magazine about her for a cover story in 2019.

The Duchess of Sussex’s legal team has gone to court in the U.K. to halt what they claim is the Mail on Sunday’s move to reveal the sources. This is Meghan’s latest act in the ongoing legal battle between her and the newspaper and its publisher Associated Newspapers.

Meghan filed an application at the High Court in London on Thursday saying, “Associated Newspapers, the owner of The Daily Mail and the Mail on Sunday, is threatening to publish the names of five women—five private citizens—who made a choice on their own to speak anonymously with a U.S. media outlet more than a year ago, to defend me from the bullying behavior of Britain’s tabloid media.”

“Each of these women is a private citizen, young mother, and each has a basic right to privacy. Both the Mail on Sunday and the court system have their names on a confidential schedule, but for the Mail on Sunday to expose them in the public domain for no reason other than clickbait and commercial gain is vicious and poses a threat to their emotional and mental wellbeing.”

“The Mail on Sunday is playing a media game with real lives.”

“I respectfully ask the court to treat this legal matter with the sensitivity it deserves, and to prevent the publisher of the Mail on Sunday from breaking precedent and abusing the legal process by identifying these anonymous individuals – a privilege that these newspapers in fact rely upon to protect their own unnamed sources.”

Later on Thursday morning, a Mail on Sunday spokesman issued a statement saying that they “had absolutely no intention of publishing the identities of the five friends this weekend. But their evidence is at the heart of the case and we see no reason why their identities should be kept secret. That is why we told the Duchess’s lawyers last week that the question of their confidentiality should be properly considered by the Court.” 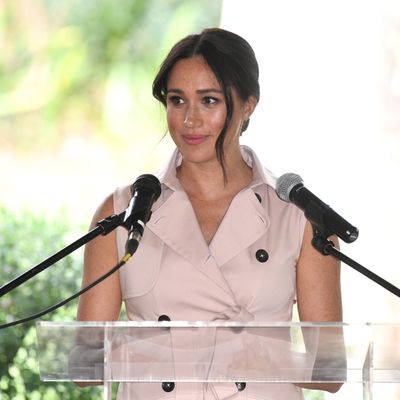