Megan Fox Jokes About Will Arnett’s Many Young Girlfriends 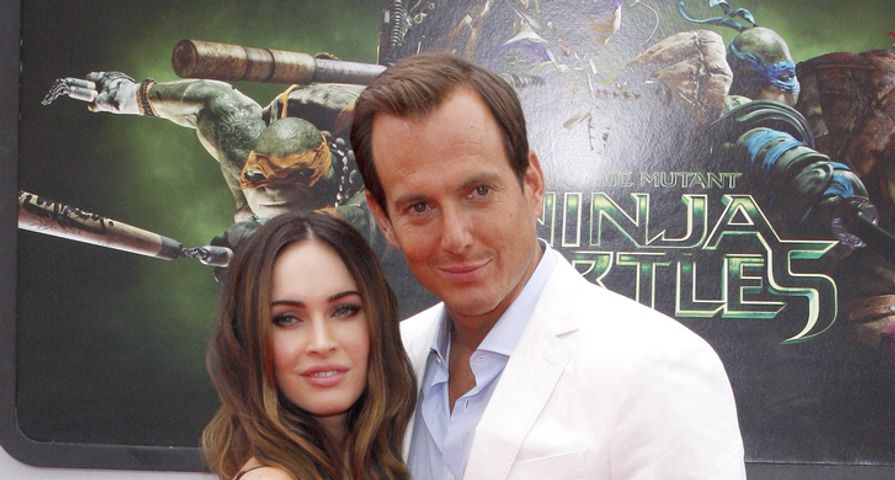 Will Arnett must be a little red after this week’s comments by his Teenage Mutant Ninja Turtles co-star Megan Fox!

Fox appeared on Thursday night’s Conan and didn’t hesitate to poke fun at her co-star and his love life. The two actors are currently promoting the second installment of the series, having starred together in the first film in 2014. They have become good friends over the past few years.

Discussing her time working with Arnett, Fox said he used to bring his girlfriends on to the set to meet everyone. “He was sort of dating a lot and every other week there was a new girlfriend and he would bring them to set. “After a while, Fox started to notice a certain trend about Arnett’s choices of girlfriends. “They were progressively getting younger and younger as the weeks went on, and it got to the point where I was like, ‘Buddy, I’m worried. Should I talk to craft service and make sure they have Lunchables for your girlfriend?'” she joked. She added, “There’s no food here with cartoon characters on it.”

Arnett, 46, has been single since his split from comedian Amy Poehler in 2012 after almost 10 years of marriage. Arnett officially filed for divorce on April 8, 2014. The couple have 2 sons together: Archibald and Abel.

While Fox couldn’t resist teasing Arnett, she’s also willing to poke fun at herself, too. Last week on Jimmy Kimmel Live! Fox talked about her pregnancy and joked that she’s getting messages from her baby. “This baby wanted me to live somewhere else, so we’re moving to a whole different place in Los Angeles because I feel like that’s where this baby wants to be raised.”  She also told Kimmel that her baby has been telling her something else; “I also feel like this baby is telling me it’s kind of like a Wernher von Braun or an Elon Musk, like a super genius,” she said on the show.

You can view Megan Fox’s interview on Conan here: