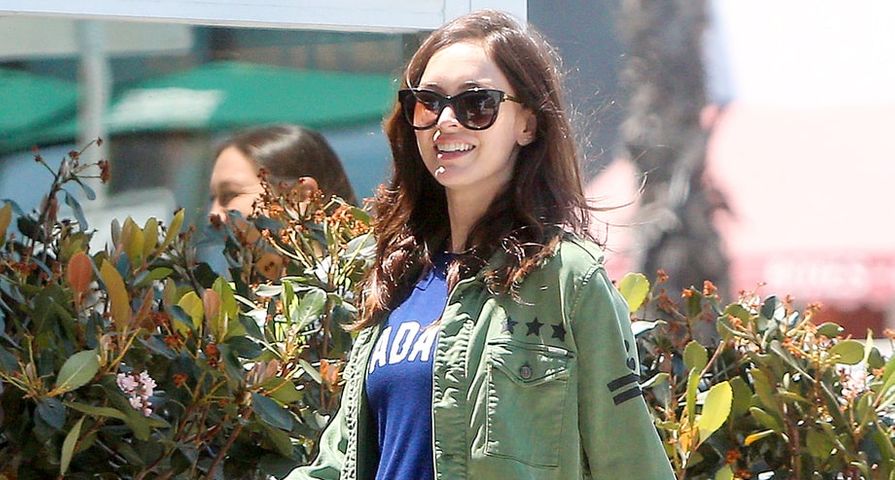 On April 11, Megan Fox revealed her baby bump on the red carpet at CinemaCon in Las Vegas, and set the media abuzz about the details of her pregnancy. In a recent interview with Extra TV, Fox opened up about how she feels about her third pregnancy.

“I love being pregnant, which is, a lot of women don’t feel that way, it is really uncomfortable … by the way. It is painful at parts,” she said. A mother to sons Noah, 3, and Bodhi, 2, she said she is just as excited to have a new little one. “I feel the overall process is an amazing one. I feel so productive creating a human person that I’m so excited to meet because I know that I have such a spiritual connection to them, so I can’t wait to meet this new member of my family.”

Fox’s third pregnancy with her estranged husband, Brian Austin Green, was unplanned. Initially, Fox filed divorce papers in August 2015, but a source in Us Weekly says the two are rethinking their separation. “Megan was the one that wanted the divorce, and Brian has done everything to try to convince her otherwise,” the source said. The couple still lives together while they raise their sons, and are reportedly “figuring things out.”

She also opened up about possible Father’s Day plans for Green this year, stating, “I don’t think we’re gonna celebrate … He never gets to eat anything fun because my house is so clean and I make him eat really clean, too, so maybe I’ll get him a German chocolate cake or something. He’ll be so happy to see junk food.”