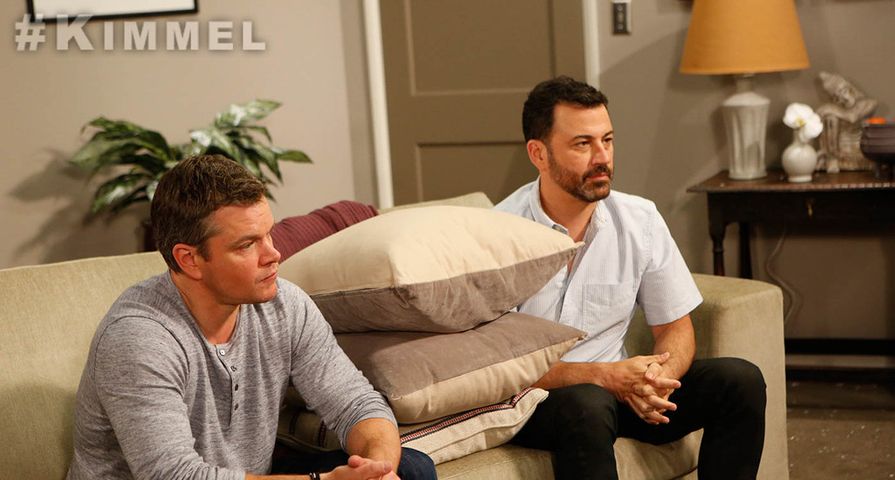 Matt Damon and Jimmy Kimmel need to work on their relationship!

On Monday night’s Jimmy Kimmel Live!, the Jason Bourne star and the late night talk show host decided to give couples therapy another chance, more than 10 months after their last session.

Jimmy Kimmel premised the segment saying Damon has been “particularly difficult lately” because his big movie Jason Bourne is coming out soon. “We did this once before, we went to therapy together, it didn’t go very well. And apparently you have to go to therapy more than once for it to work, so we went to see a professional to try to work our problems out like adults.”

For those who aren’t aware the two have been in an innocent and completely hilarious feud for almost 14 years since it all started back in 2003 when Jimmy closed one of his shows by saying, “Apologies to Matt Damon, we ran out of time.” Over the years they have added to the feud with little back and forths and jokes aimed at each other, and the pair have also included famous friends like Sarah Silverman and Ben Affleck in some of their skits that were so well done they received Creative Arts Emmy nominations.

Take a look at what happens when the pair finally try to sort things out with some help from Dr. Paul Kundinger: