Marie Osmond To Replace Sara Gilbert On ‘The Talk’ 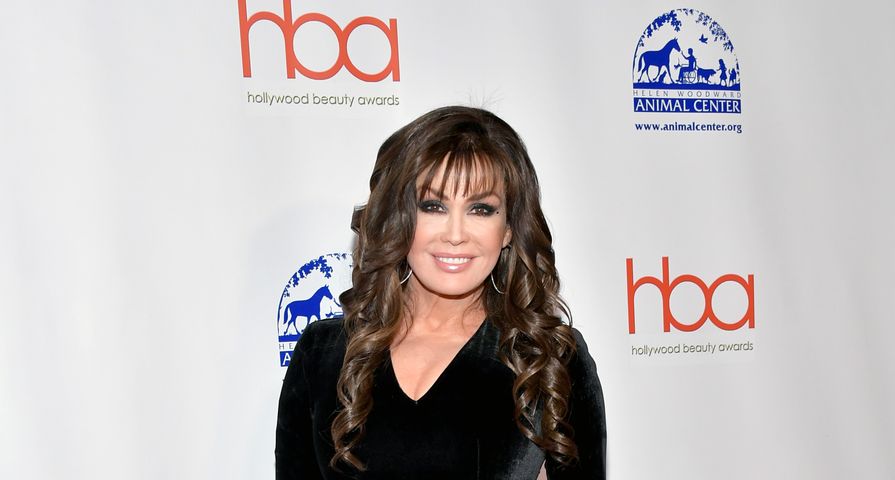 Nearly one month after Sara Gilbert announced she was leaving The Talk as a cohost after nine years, CBS has found her replacement!

Las Vegas headliner, singer, and recurring guest host on The Talk, Marie Osmond, will officially be replacing Gilbert on The Talk in season 10 after her show at the Las Vegas Flamingo Hotel and Casino with her brother Donny Osmond wraps up in November.

Of course, Osmond is no stranger to The Talk as she has appeared as a guest host more than forty times over the past nine seasons and will officially be joining Sharon Osbourne, Eve, Sheryl Underwood, and Carrie Ann Inaba who recently replaced Julie Chen.

“If you’ve seen Marie Osmond guest host on The Talk over the past nine seasons, you know she’s the perfect addition to the show,” CBS’s head of daytime Angelica McDaniel said in a statement confirming the news. “Marie’s impressive career accomplishments have endeared her to fans throughout the decades. Her willingness to be authentic and share personal triumphs and struggles with honesty in the hopes of helping others always resonates. I’m excited to kick off season 10 with the multitalented, dynamic Marie at The Talk table.”

“It is such a joy for me to be joining The Talk in September. After guest co-hosting and appearing as a guest on the show throughout the years, I am thrilled to now call this my day job,” said Osmond in a statement. “I look forward to working with Sharon, Sheryl, Eve and Carrie Ann, who are such smart, strong, talented women whom I immensely respect. I cannot wait to share this exciting new chapter with the viewers and the CBS family.”

On April 9, 2019 Gilbert tearfully announced her exit, revealing she was leaving to focus on her acting and producing projects.

“This is hard to do and something that I have been struggling with for a while and going back and forth, but I’ve decided that it’s time for me to leave the show at the end of this year,” she said on the show. “I obviously love it here, and like I said, this was extremely difficult. Last season, I did The Conners as you know, and was also producing and here, and I loved it and felt totally empowered, but also if I’m being honest about it, I think my life was slightly out of balance, and I wasn’t able to spend as much time with my three kids as I’d like, or time for myself. And as I’ve continued on, I’m starting to develop more things to produce and I’m having opportunities to act, and I’m just feeling like I don’t know how I’m going to do it all. I was looking at the next six months and just thinking there’s no time.”

Sara Gilbert created The Talk and acts as an executive producer on the show alongside John Redmann all while serving as a co-host on the daytime series since it premiered in October 2010.