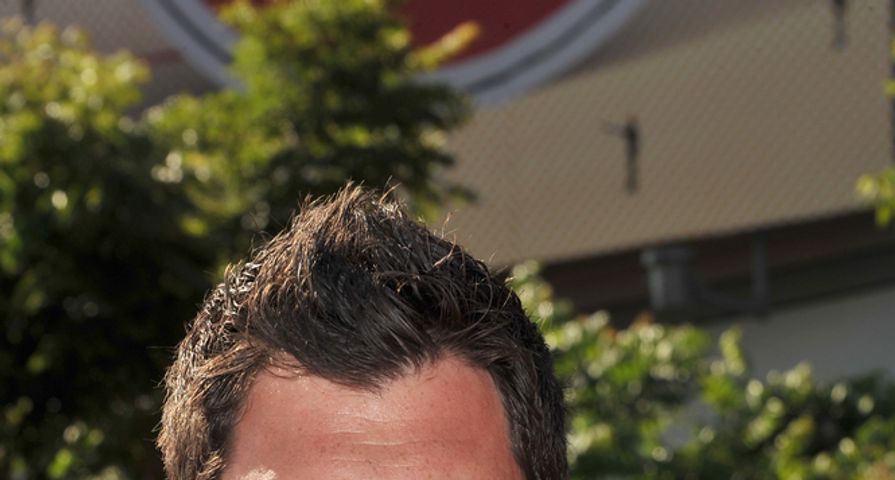 Julianne Hough served as a guest judge this week on Dancing With The Stars, and when Maks and Danica took the floor, Julianne seemed less than impressed. Not so much with the ability of the pair, but with the routine that Maksim put together. She suggested that Maks “phoned it in.” That statement was the only thing needed to light the Mad Maks fuse.

Maks immediately expressed his disdain and frustration with the statement, but Julianne did have a valid point. It wasn’t about the quality of dance, it was about the choreography.

Maks sat down with Entertainment Tonight, and chatted a little more about butting heads with Julianne, as well as with some of his partners. He laughs when watching himself lose his temper, which suggests that he knows he’s a bit of a drama king. That stated, he stuck to his guns when it came to the disagreement with Julianne. According to Maks, her opinion was simply wrong.

What many viewers don’t realize: these dancers have known each other for years–since they were kids. There is a camaraderie among them all. They are like a family. A very competitive family. And they’re not afraid of telling one another exactly how they feel.

Still, what do you think? Could Julianne be taking sides, and pushing for brother Derek over Maksim? Check out the video below and hear what Maks had to say!