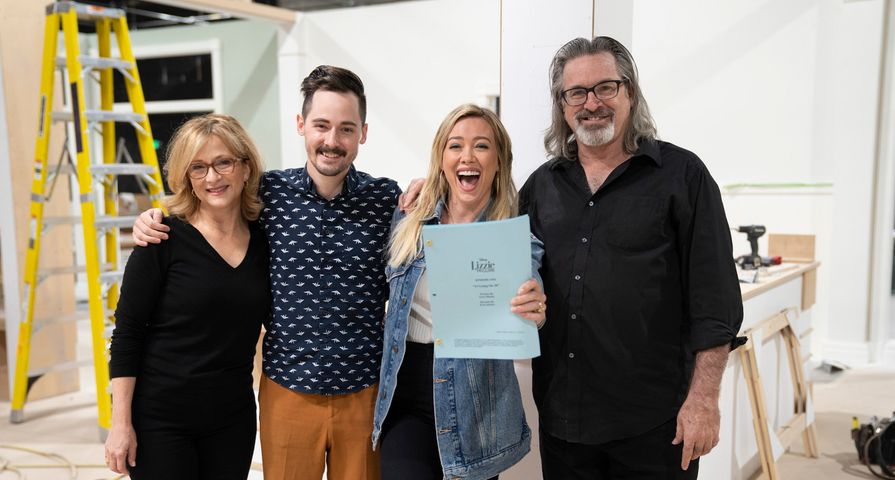 Lizzie McGuire is coming back and she is bringing all the McGuire family members with her!

After it was confirmed in late August that a Lizzie McGuire revival series was in the works for Disney+ with Hilary Duff reprising her iconic role, it has now been announced that the entire original McGuire family is also on board.

Hallie Todd, Robert Carradine, and Jake Thomas who played Lizzies’s parents Jo and Sam, and her brother Matt, were confirmed to be taking part in the series with an incredible photo of the four back together again for the first time in 15 years. The stars were reunited for the first read-through for the first episode.

“🤯 we are standing in what will soon be the McGuire living room. What’s up fam. We doin this #lizziemcguire #disneyplus,” Duff shared alongside the photo on Instagram on Thursday, October 24.

As previously reported, the new series will pick back up with Lizzie with where she is in her life now around 30 years old. She seemingly has it all — her dream job as an assistant to a fancy New York City decorator, her dream guy, and a picturesque Brooklyn apartment — but things aren’t always as they seem. With a little help from her friends, her loving family, and her 13-year-old alter-ego in animated form, Lizzie navigates the ups and downs of adulthood.

Of returning to the iconic role, Duff said, “The conversations have gone on for a couple of years and the timing just didn’t seem right and now Lizzie is turning 30. For me, she was everybody’s best friend and she was there for us … entering your 30s is a really big deal.”

🤯 we are standing in what will soon be the McGuire living room. What’s up fam. We doin this #lizziemcguire #disneyplus