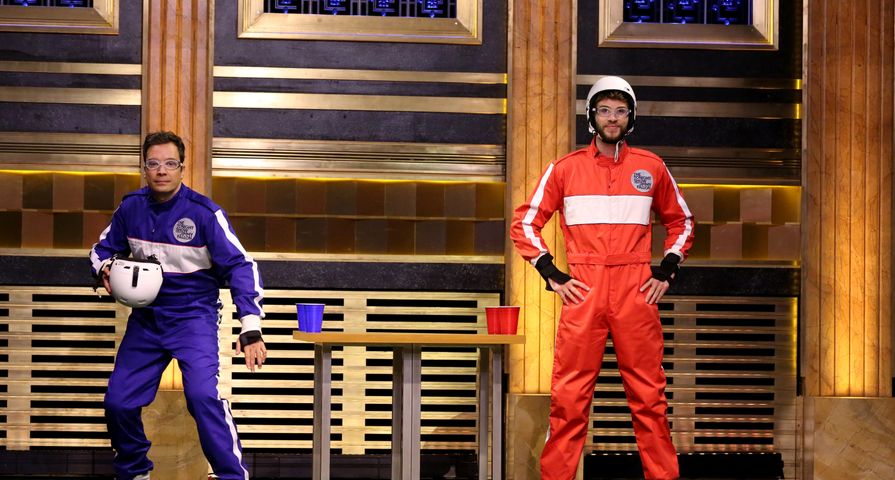 One of the great things about the Tonight Show is the unique games that Jimmy Fallon plays with his celebrity guests. Monday night proved no different as he teamed up with Aussie actor Liam Hemsworth for a little game of Slip and Flip.

What’s Slip and Flip, you ask? According to Fallon, it’s a summer game that combines the childhood fun of a Slip and Slide with the adult game of Flip Cup. Participants have to slide from one end of the room to the other to drink from cups placed on 2 tables. After emptying the cups, they need to flip the cup upside down, making sure to use one hand only.

Fallon and the 26-year-old actor donned ridiculous blue and red jumper suits and competed against each other for the title of champion. The game switched back and forth with neither participant taking a clear lead. As the audience cheered for both men, Fallon could be heard struggling to flip his cups. In contrast, Hemsworth kept his cool through the entire match.

The game helped to lighten seriousness of the show’s episode. That evening, Fallon opened the show with a heartful monologue about the tragic shooting in Orlando, Florida.

Check out who wins Slip and Flip below: