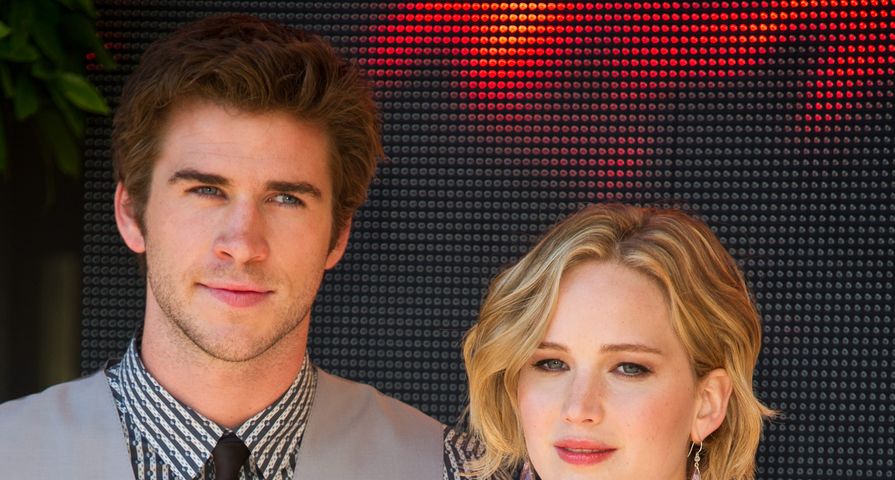 Being an actor means you are put in a lot of strange situations and develop close relationships with people you film with, especially if you are starring in a franchise with several films on the docket.

The Hunger Games stars Jennifer Lawrence and Liam Hemsworth along with Josh Hutcherson have become quite good friends while filming the series of movies and are currently promoting the newest addition, The Hunger Games: Mockingjay Part 1.

While kissing scenes between friends has to be strange, it is all part of the job with acting and it’s probable nobody would complain about having to kiss Jennifer Lawrence as part of their job. No one, except Liam Hemsworth.

During an interview with Jimmy Fallon, Hemsworth was asked what the most uncomfortable scene to film in The Hunger Games was.

Surprisingly his answer was kissing JLaw, “Any time I had to kiss Jennifer was pretty uncomfortable. When you look at  it on the outside it looks like a great picture. She’s one of my best friends. I love her. But if we had a kissing scene, she would make a point of eating garlic or tuna fish or something that was disgusting.”

While Liam jokes about Lawrence’s poor kissing manners, she has nothing but good things to say about her on and off screen BFF.

“Liam is the most wonderful, lovable, just family-oriented sweet, hilarious [guy]. I guess the biggest surprise is that I would never expect to ever have a man this good-looking as my best friend. I never knew those things could happen.”