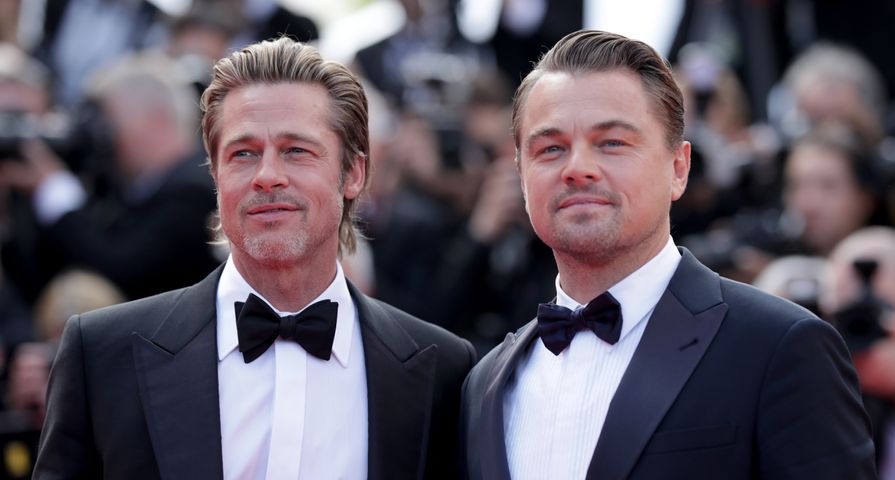 The hype surrounding Quentin Tarantino’s ninth film Once Upon a Time in Hollywood is heating up more more than ever after the film allegedly received a six-minute ovation following its premiere at Cannes.

In addition to what is expected to be a very well done film, the movie boasts some huge stars with Brad Pitt, Leonardo DiCaprio and Margot Robbie in the lead roles, but it now also has the distinction of being Luke Perry’s last film role before his untimely death in early March.

In a new interview with Esquire, Hollywood heavyweights DiCaprio and Pitt reflected on working with the actor, and not knowing it would be his last role. “I remember my friend Vinny, who is in the film as well, we walked in and we both had this butterfly moment of like, ‘Oh my God, that’s Luke Perry over there,’” DiCaprio shared of being such a big fan of the actor.

Pitt candidly added, “‘That’s Luke f—ing Perry!’ We were like kids in the candy shop because I remember going to the studios and [Beverly Hills, 90210] was going on and he was that icon of coolness for us as teenagers. It was this strange burst of excitement that I had, to be able to act with him. Man, he was so incredibly humble and amazing and absolutely committed. He couldn’t have been a more friendly, wonderful guy to spend time with. I got to sit down and have some wonderful conversations with him. It was really special.”

As previously reported, Perry’s son Jack recently revealed that he will also be seen in the film alongside his famous father. “He’s like, ‘I want you to be in the same film or collection of footage that I’m in,’ and he was really adamant about it,” Jack said. “I was like, ‘Alright dad, I’ll do it.’”

Jack Perry added that, “Tarantino is a really cool guy” and revealed what the famous director said to him regarding his father. “Tarantino told me, ‘I handpicked your dad for this,’ I guess because his role was kind of symbolic,” Jack said. “He definitely knew he wanted my dad for it.”

Once Upon a Time in Hollywood is set in 1969 Los Angeles with DiCaprio starring as Rick Dalton, the former star of a Western TV series, with Pitt costarring as his character’s longtime stunt double Cliff Booth. They’re both struggling to survive in a Hollywood they no longer recognize. Although, one person they do recognize is Rick’s next-door neighbor: Sharon Tate, played by Robbie, 28, which means the film will touch upon the Charles Manson murders. Luke Perry will be seen in the role of Scott Lancer, one of the main characters of the Western TV series Lancer.