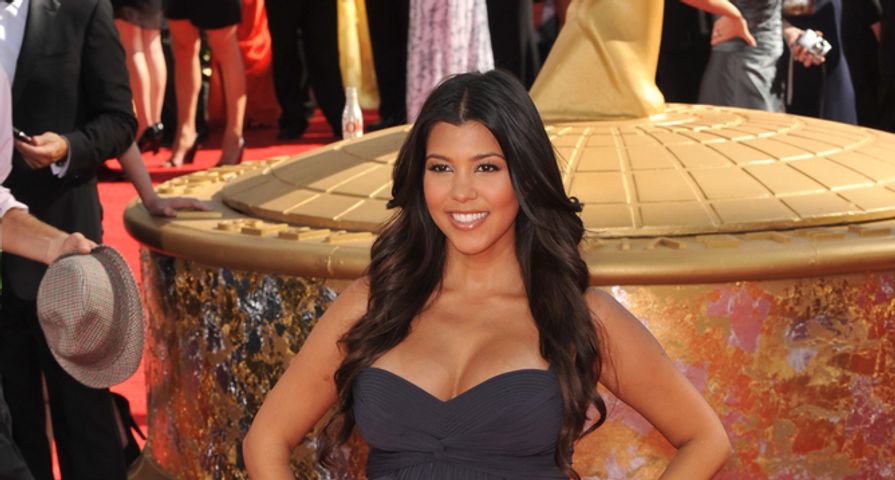 The oldest sister of the Kardashian-Jenner clan is expecting her third child with husband Scott Disick and the baby’s arrival is expected right around the Christmas holidays.

Kourtney Kardashian, 35, graces the cover of Fit Pregnancy’s magazine looking absolutely radiant and told them she is expecting another holiday baby like son Mason, 4.

She also discussed having her plans to have her OB-GYN cancel any holiday travel plans. “No. I’m going to keep him handcuffed to me! With Mason, I was due on December 24 and my mom said, ‘No, not on the night of my Christmas Eve party!’ But he was born 10 days early, so we’ll see what happens this time.”

“I love doing everything myself at the beginning. I’m not getting a baby nurse. I take two months off and no one is allowed to bother me or talk to me about anything work-related, or maybe three months this time,” she joked.

While she also said she “loves being pregnant”, it has not been easy as her and Scott have continually been fighting which has been seen on the current season of Kourtney & Khloe Take the Hamptons. The show was filmed during the early months of her pregnancy.

Hopefully the arrival of the new baby brings the family back together and a happy holiday season.

Also Check Out: 10 Scandals That Have Rocked The Kardashian Clan