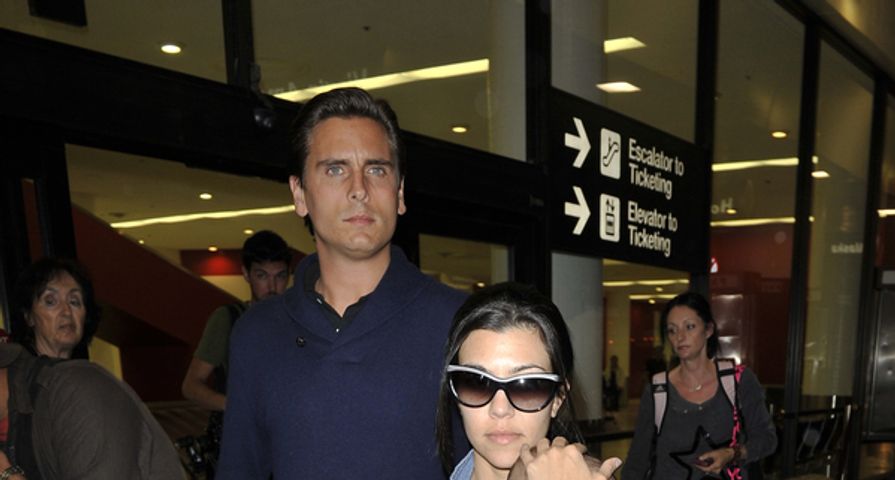 The best way to take on a rumor is to address it directly. Kourtney Kardashian is pregnant… again. She says so herself. Of course, the rumor was probably started by someone who was associated with the production of Keeping Up With The Kardashians, but nonetheless, it’s true.

Kourtney Kardashian is pregnant with baby number three. She kind of marches to the beat of her own drummer, that Kourtney. And according to the promo for the new season of KUWTK, this pregnancy was not planned.

It’s a good thing that Kourtney is pregnant, and that Kim had a wedding to coincide with the new season of their show. People seemed to be steadily losing interest in the E! series, and with very little drama left in the Kardashian lives, it’s good to have a few things to feature during promos. The previous statement is, of course, laden with sarcasm. These K’s live for the drama. And when there isn’t enough, they look to create it. It’s like Superman seeking the sun.

The new season of KUWTK will feature some Kourtney baby drama, some Kim wedding drama, some Khloe and Lamar drama, some “Rob is struggling to lose weight, and skipped Kim’s wedding drama,” and presumably, some Kris and Bruce “should we get back together” drama. It all sounds so… dramatic.

That stated, we should start taking bets on baby #3. Boy or girl? And what will they name this one? To this point, Kourtney and Scott have named their children Mason and Penelope. Maybe a boy for number three? Donald? Donald Disick?

Check out the video to see the pregnancy confession for yourself!