Kim Kardashian Just Wore A Tuxedo In The Most Sultry Way 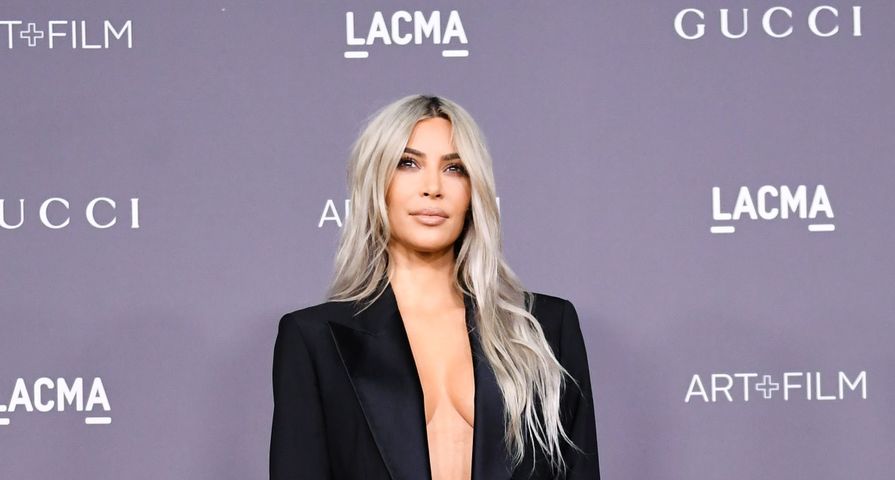 If there is anything we know for certain about Kim Kardashian, it’s that she isn’t shy to make a statement, and especially when it comes to her outfits! Her fashion looks are often bold and unexpected, but they often dictate the next trend that celebrities and fans will attempt to mimic!

Kim was recently spotted at the LACMA: Art and Film Gala wearing a black tuxedo suit in the most sultry way possible. Wearing a masculine piece like this isn’t groundbreaking on the red carpet, but the way she styled it by forgoing a top underneath most definitely is! She left the oversized blazer open, which gave the look both a sultry and undone spin. The look is definitely in line with her typical style — sophisticated cuts and neutral colors with an unexpected twist.

She kept the rest of her look quite minimal and allowed the statement styling to speak for itself. She topped the look with a pair of strappy sandals and styled her fresh grey hair in beachy waves.

What do you think of her look? Did she style it just right or was it too risky?