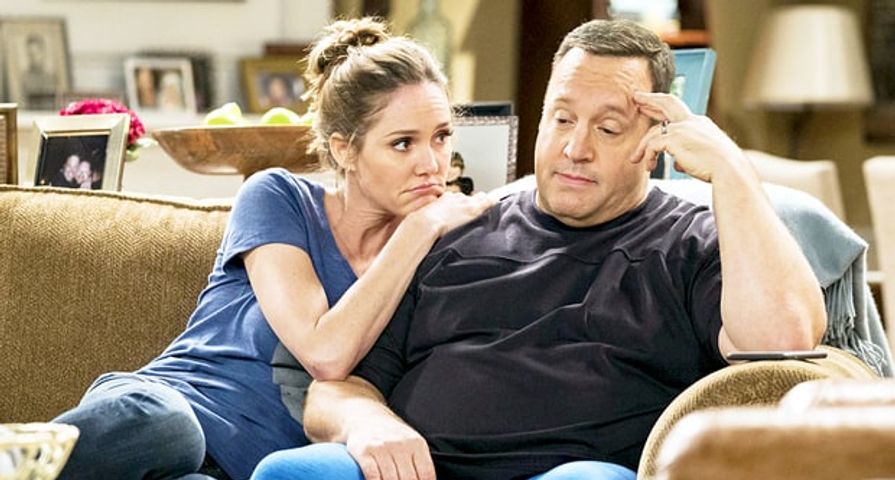 The sitcom Kevin Can Wait blew up the headlines this summer when it was revealed that Erinn Hayes would be leaving the show and Leah Remini would be joining as a series regular!

Hayes played Kevin James’ on-screen wife, Donna, during the first season and fans were shocked that her departure would be marked on the show by her character passing away. After the season two premiere, Kevin Can Wait picked up over a year after Donna’s death and completely glossed over the cause of her death. Kevin James has finally broken the silence and spoken up about the issue himself and why it needed to happen.

“It really felt like this was needed for this show to drive forward,” James told The NY Daily News. “The [premise] of the show didn’t have enough drive.” James also admitted, “I get that people are like, ‘Whoa, why would you do this?'” but he felt the move was necessary to keep the plot intriguing to the viewer.

“If we got through a second season, I wouldn’t see us getting through a third one,” James revealed while speaking of the progress of the first season with Hayes on board. “We were literally just running out of ideas.”

As for Remini, after seeing the fan’s response to her guest appearance on Kevin Can Wait, James admitted it was any easy decision to invite her on as a series regular. Remini and James were formerly co-stars on King of Queens and have effortless on-screen chemistry.

“When she came on.. it was just the greatest,” he gushed. “Fans loved it, everybody on the crew loved it. We just knew right away, so we thought, ‘How can we get her here full-time to be on the show?'”