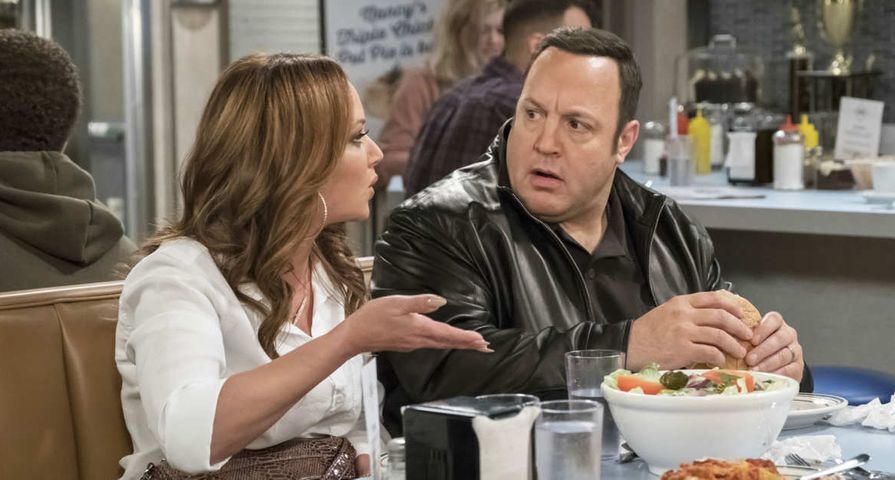 After only two seasons, and quite a bit of controversy, CBS announced on Saturday May 12 that the Kevin James led sitcom Kevin Can Wait was cancelled.

Following the news, the show’s star Kevin James and Leah Remini took to social media to share their gratitude for their time on the show. Kevin James took to Instagram to share a photo of a leather jacket featuring the name of the show, and captioned it, “I want to say thank you to all the fans for the love and support. I was so blessed to be able to work every day with the most amazing cast, crew, writers and support team! Thank you all! ” He added, “Thank you @cbstvstudios and thank you @sony for your constant dedication to the show. I wouldn’t trade this experience for anything in the world… Okay, maybe a season 3. Love to all.”

Remini, who co-starred with James in King of Queens and joined Kevin Can Wait near the end of season also reacted. The actress shared a photo of herself with James and wrote, “I want to say thank you to the amazing cast, crew, producers, and the writers of @kevincanwaitcbs. You accepted me with open arms. For me to get to work with @officialkevinjamesagain day in and day out was a Godsend. I laughed everyday, and I will miss that the most. You don’t always get a second chance at something that meant so much to you and I did, and I am so grateful for it.”

Kevin Can Wait stirred up a lot of controversy after Remini joined the series and the following season Erinn Hayes, who portrayed Kevin Gable’s wife Donna, let go from the show to make more room for Remini’s character.