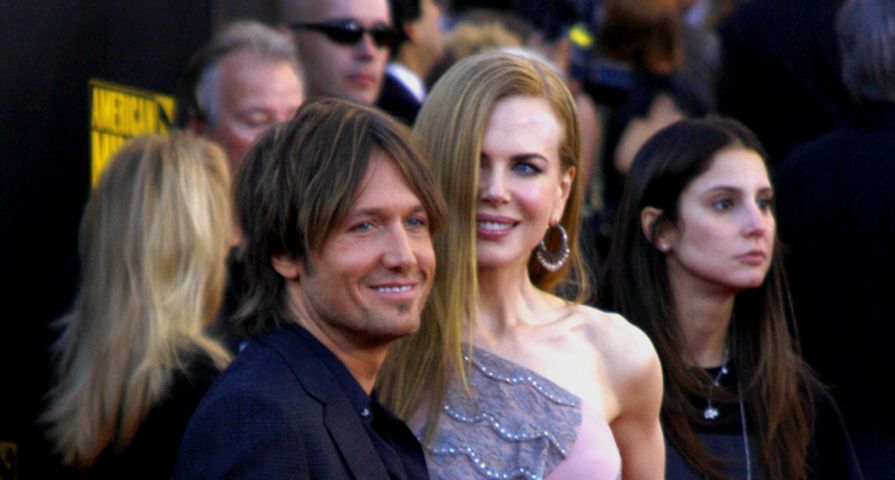 Can you believe Keith Urban and Nicole Kidman have been married for a decade?

At a concert near Boston, Massachusetts, Keith Urban celebrated his 10th wedding anniversary along with fans. Close to the end of Saturday’s concert, Urban called Nicole and his 2 daughters, Sunday Rose, 7, and Faith Margaret, 5, through FaceTime. According to one concert attendee, “The show ended and the lights went out and when he came back out for the encore, he was holding his phone out for the crowd to see and the camera was on his phone. Nicole was in the car with the kids!” Once the crowd realized who was on the phone, they were ecstatic.

Urban made the most of being apart from his wife on their milestone anniversary, as they originally planned to be together on their special day. He told the crowd, “We booked the tour at the beginning of the year and June 25th was going to happen in Boston. And so, I said to Nic, ‘I can’t work on our anniversary and so maybe we’ll play Boston another time.’ And she said, ‘What about I come up to Boston instead?’ I said, ‘That’s a great plan.'”

He continued, “She was scheduled to shoot a film in Australia and it was going to happen last month. So everything was winding up, it was looking really good and suddenly they said, ‘We’re actually gonna shoot the film in June in Australia,’ which threw everything out. So after the gig tonight I am flying to Australia to celebrate our anniversary.”

The happy couple first met in 2005 when they attended the G’Day LA: Australia Week in Los Angeles. They married on June 25, 2006, in Sydney, Australia.

It was an extra special night because it was our 10 year anniversary and you guys made the sweetest signs down in the front. It was amazing, thank you so much!!! – KU #ripCORDWorldTour