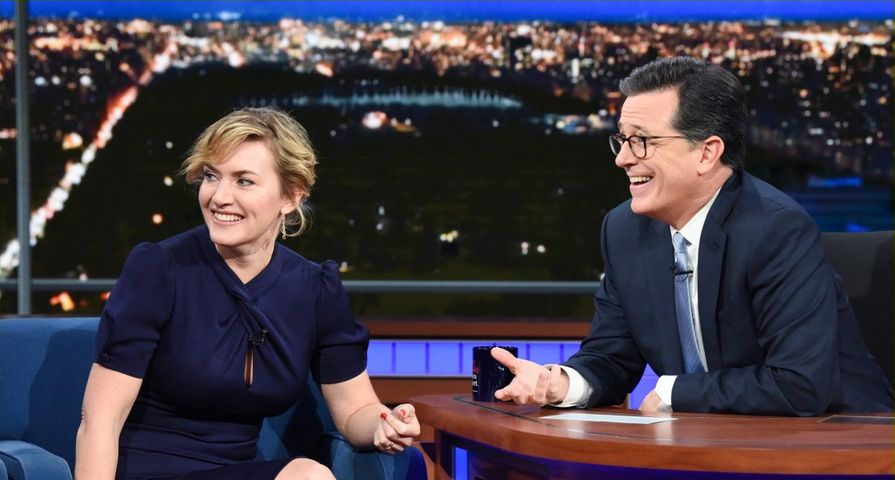 It’s hard to picture Kate Winslet with anyone other than Leonardo DiCaprio in the iconic film, Titanic, but he wasn’t her original suitor.

The Oscar-winning actress appeared on The Late Show with Stephen Colbert last Thursday and dropped a major bombshell about the Titanic. While answering a few burning questions from the staff, she revealed that when she first auditioned for the movie, she starred across from someone other than Leonardo DiCaprio.

“Paramount wanted Matthew McConaughey for the role of Jack but [James] Cameron insisted on Leo, how would that have changed things?” asked Colbert.

“I auditioned with Matthew, isn’t that weird? I never said that in public before!” said Kate. Of course, the iconic role eventually went to Leonardo DiCaprio, which ended up being a huge platform for his career.

Colbert went on to hilariously grill Kate on why she told Jack she’d never let him go, but did! “I lied. I know. I know. I agree. I lie, I fully lie, I hold my hand up, I let him go. Plus, he should have just tried harder to get on that door,” she said.

This conversation turned into a full reenactment of this famous scene with Colbert in the role of Jack, and Kate reprising her famous role as Rose. The two went on to demonstrate how Jack could have easily climbed onto the door after all.

Watch the hilarious interview below: