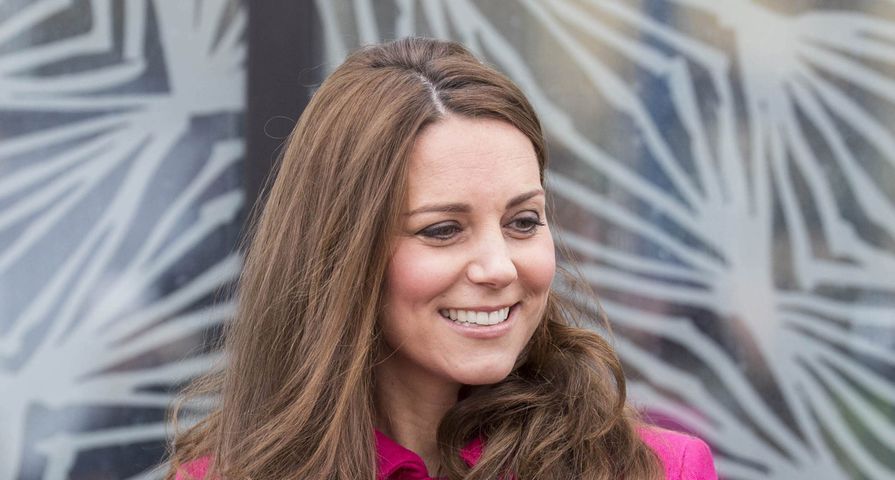 Looking as gorgeous, and calm as ever, the Duchess of Cambridge rocked a beautiful pink coat and is still soldiering on in high heels at eight months pregnant for her final public appearance before welcoming Royal Baby No. 2.

On Friday March 27, Kate Middleton, 32, and her husband Prince William, 32, were seen in South London taking a tour of the Stephen Lawrence Centre, a community learning and research facility.

The expectant couple were joined by Baroness Doreen Lawrence as they met with staff and were show architectural work and spoke with those working on The Write Way project before visiting Christ Church in Gypsy Hill for their second appearance. The charity works in London to help the social, educational and behavioral needs of youth which has always been one of Middleton’s biggest passions wherever she goes, much like the late Princess Diana.

The palace confirmed the pregnancy in early September 2014 as Middleton was once again treated for severe morning sickness, causing her to miss many scheduled events, but she has seemed well and happy for the latter part of her pregnancy.

Just last week she confirmed that the baby is due by “mid-to-end” of April, while fans of the Royal family are anxious to know if they will be welcoming a baby brother or sister to Prince George who will turn two this July.