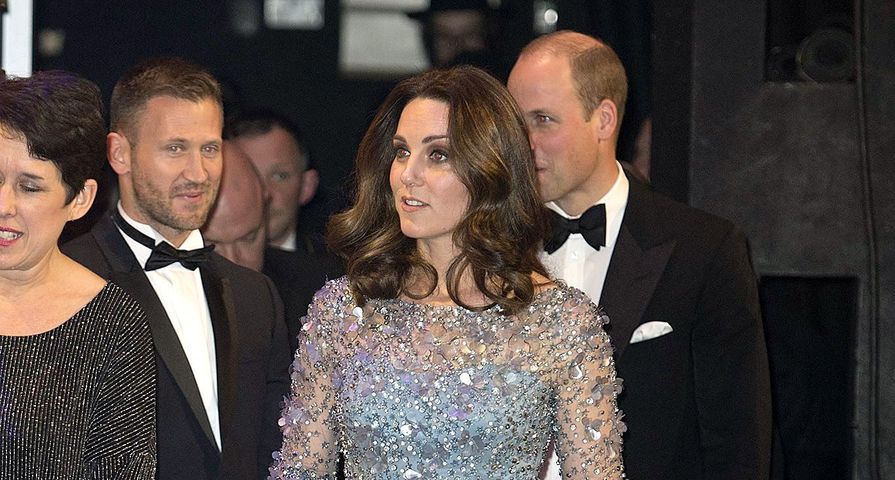 The Duchess of Cambridge Kate Middleton recently stepped out at The Royal Variety Performance in London wearing a princess-like ballgown that had everyone swooning!

The look was straight out of a fairytale and gave us some serious queen Elsa from Disney’s Frozen vibes. The Jenny Packham dress was an icy blue color and featured a sheer top that was entirely embellished with glitter. The ensemble featured a pale blue silk slip underneath which added a feminine and ladylike touch to the flashy dress.

A look like this definitely seems out of Kate’s typically simple and elegant attire, but she pulled it off flawlessly and we love that she took a chance and tried something embellished and sparkly in her wardrobe. To top off the look, she added a pair of glittering stilettos and held a silver clutch in her hand.