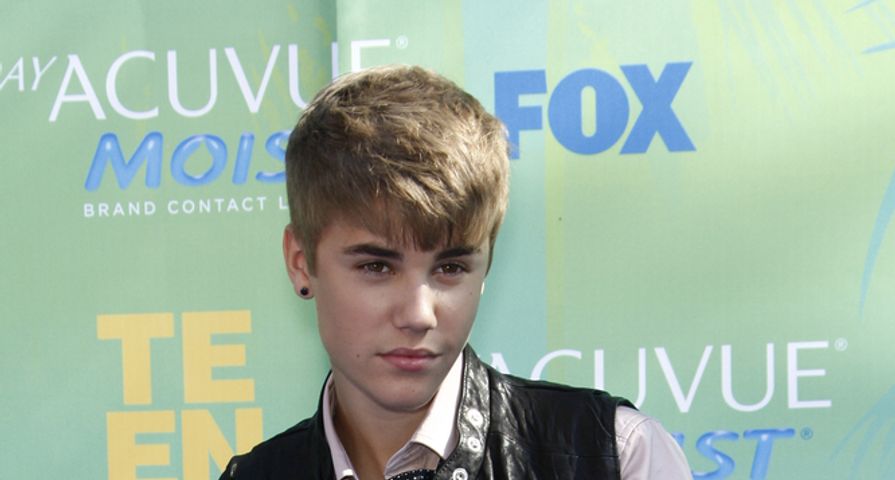 Justin Bieber may have a new lady in his life — Kylie Jenner!

The pop star, 20, and the youngest Kardashian sister, 16, hung out together at West Hollywood’s Rainbow bar and both shared photos from the night on social media.

Kylie posted a red-hued pic of her cozying up to Justin on her Twitter account, with the caption “#selfie”. Justin also posted one of him, Kylie and one of his male friends, alongside the caption “Boys Night Out.”

Rumors about Justin and Kylie began to swirl back when the pair was first spotted hanging out at the Coachella Music Festival together. Bieber’s on-again, off-again ex Selena Gomez was there too — but even though Selena, Kylie and Kylie’s older sister Kendall posted photos of them all having a great time, Selena unfollowed the Jenner girls on Instagram after the festival concluded.

Is it because there’s something romantic going on between Kylie and Justin? At the time, a source said that Selena felt that the Jenner girls were flirting with Justin, which made her upset.

At older sister Kim’s wedding to Kanye West over the weekend, Kylie was spotted with Jaden Smith — but she shot down any dating rumors on Twitter, writing, “Jadens a close friend of mine.” She continued, “Wasn’t caught making out with anyone at my sisters wedding lol”.

But Kylie hasn’t denied a romance with Justin Bieber — so it’s possible!