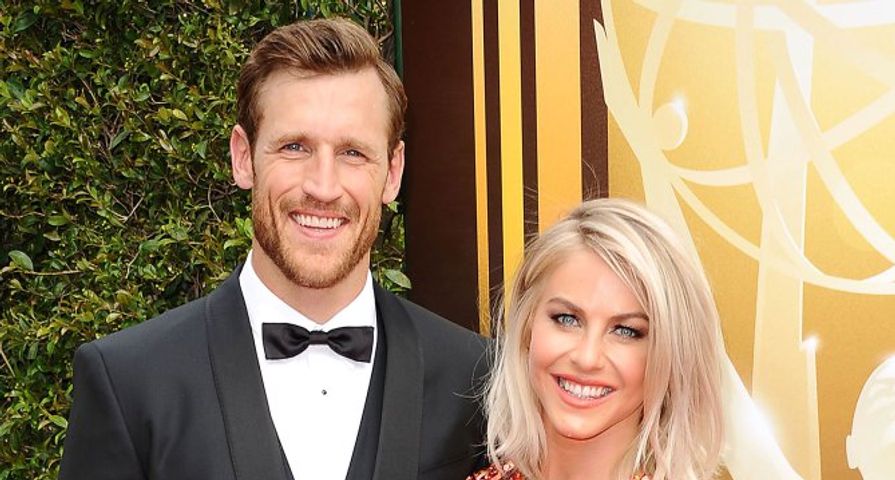 Julianne Hough’s husband Brooks Laich is weighing in on marriage and separation.

On Monday’s episode of his iHeartRadio podcast, How Men Think, the professional ice hockey player and his co-host Gavin DeGraw welcomed famed marital attorney Laura Wasser to talk about why couples choose to separate.

Laich, who is currently undergoing a rough patch in his own marriage, said he thinks couples “need to continually evolve.”

Laich continued, “There are so many resources out there — seminars, books, all kinds of things. There’s areas in your relationship you can undoubtedly grow, and maybe there’s just an indifference in people where they don’t want to put in the energy to do it, or they don’t think they can.”

The 36-year-old hockey player said most couples do not communicate as much as they should.

“I don’t think a lot of people in their marriage really, really truthfully communicate all the needs and desires and cravings and yearnings they have for themselves, for their partner, all of it,” he explained. “I think they lack a little bit of courage there, to share those things, that could really actually keep people together and light their marriage on fire.”

Laich wrapped up the podcast episode by saying his thanks to Wasser.

“Listening to you talk, I really respect and admire your approach to this topic,” he said. “You aren’t in it just to make money and get people on their way — you actually care about all parties involved, you look at all scenarios and you actually care about people’s happiness. So I want to commend you for all of that and how you handle yourself personally, professionally.”

While Laich said he “learned a lot” during their talk, he is hoping he won’t require any of her services.

“I’m really happy for you, but I hope I’m never on your podcast,” he said with a laugh. Wasser hosts a podcast titled Divorce Sucks.

Laich and Hough married in July 2017. On New Year’s Eve, fans began speculating that the couple had split after they noticed the two were spending a lot of time away from each other and that Hough wasn’t wearing her wedding rings on Christmas Eve.

While the pair have not publicly addressed their marital troubles, they were recently spotted out together grabbing lunch in Studio City, California on Saturday.