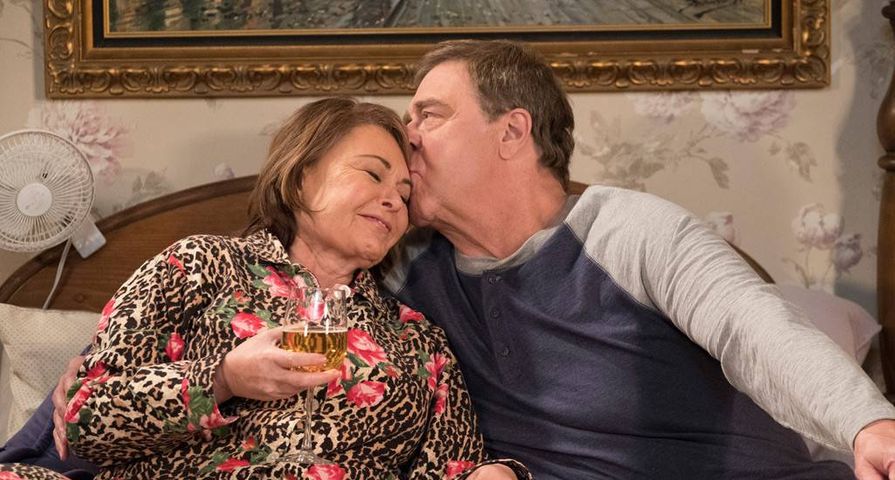 Roseanne: Behind The Scenes Secrets
ABC

After all of the early summer drama surrounding the abrupt cancellation of the Roseanne revival and the quick production of a spin-off without Barr called The Conners, not too much is being released about the new series.

Many reports have indicated that ABC has been making handwritten notes instead of emails in order to ensure secrecy, and it is assumed what they don’t want to let slip is what happens to Roseanne’s character in The Conners, but John Goodman may have just accidentally ruined the big reveal.

The popular actor has been quiet since the Roseanne cancellation and signing on to reprise his role as Dan Conner in the spinoff, but he was very candid in a new interview with The Times in which he mused about what Dan will be like in the show. “It’s an unknown. I guess he’ll be mopey and sad because his wife’s dead,” the 66-year-old actor said in the interview.

Although it has been assumed that Roseanne Barr’s Roseanne Conner gets killed off, it seems ABC certainly didn’t want the information leaked before The Conners premiere.

Goodman went on to discuss his initial reaction after Roseanne‘s cancellation, saying, “I was broken-hearted, but I thought, ‘OK, it’s just show business, I’m going to let it go.’ But I went through a period, about a month, where I was very depressed. I’m a depressive anyway, so any excuse that I can get to lower myself, I will. But that had a great deal to do with it, more than I wanted to admit.”

As for what he thought about Barr’s tweet that sparked the firestorm from ABC that got the show cancelled and Barr completely cut from Roseanne and The Conners, the actor said, “I was surprised. I’ll put it this way, I was surprised at the response. And that’s probably all I should say about it. I know, I know, for a fact that she’s not a racist.”

He continued, “She had to sign a paper saying that she relinquished all her rights to the show so that we could go on. I sent her an email and thanked her for that. I did not hear anything back, but she was going through hell at the time. And she’s still going through hell.”