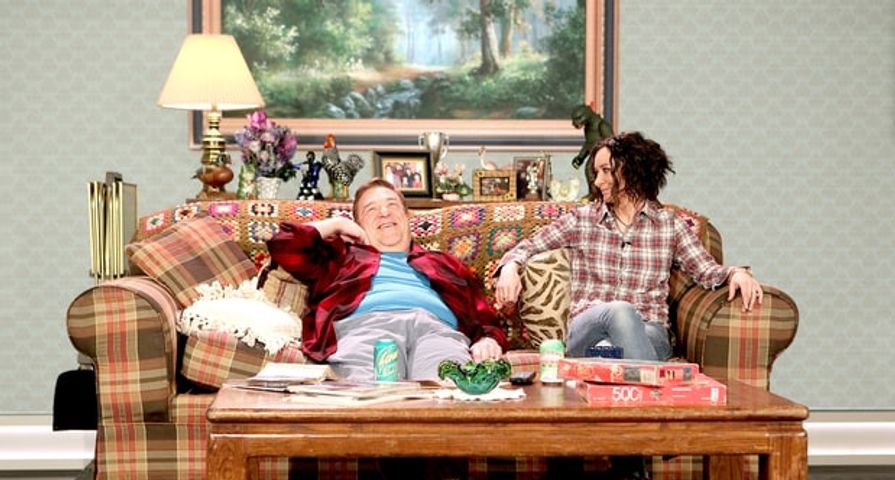 It’s been nearly 20 years since the beloved series, Roseanne went off the air, but now the show’s amazing father daughter duo are back!

John Goodman, 64, and Sara Gilbert reunited on Friday, March 10 for a hilarious spoof on their former show during Gilbert’s The Talk. Both actors took to the stage to reprise their former characters on a set that looked exactly like the old Conner residence. They both sat on the couch to watch a basketball game, something Dan and Darlene would frequently do on Roseanne.

During the spoof, Gilbert, 42, turned to Goodman and said, “There’s something I’ve been wanting to talk to you about for a while now. I don’t know how to say this. I’m a talk-show host.” He replied, “Well, as long as you’re happy, me and your mom will support you. You know, for a minute there, I thought you were going to tell me you were gay.” Of course, the audience erupted in laughter because Gilbert, who was only 13 when she landed the role of Darlene back in 1988, is openly gay. She quipped back, “Let’s save something for halftime.”

Roseanne was once the most-watched television show in the United States. The show ran for an impressive nine seasons from 1988 to 1997 on ABC and starred actors, Roseanne Barr, Laurie Metcalf, Michael Fishman, Alicia Goranson and Johnny Galecki.