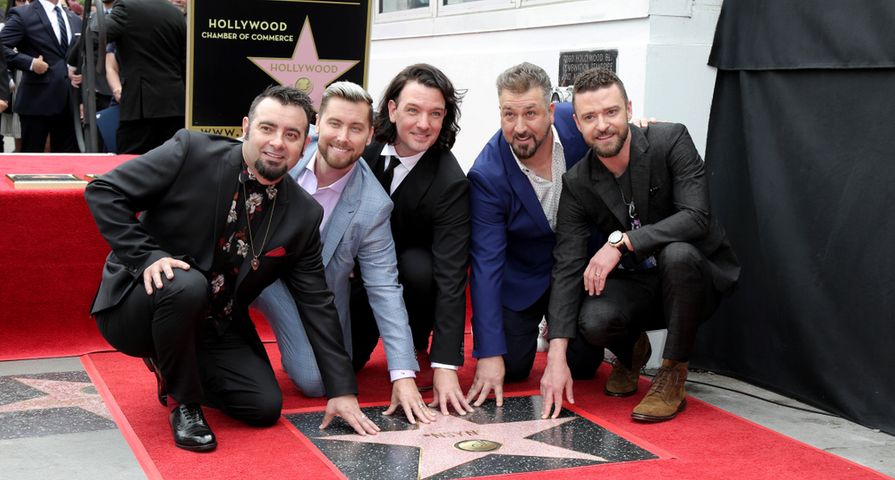 Entertainment Tonight talked with Joey Fatone, following his guest-judging appearance on Dancing With the Stars on Monday, November 11, and the former NSYNC boy band member disclosed that he and the other members – Justin Timberlake, JC Chasez, Lance Bass, and Chris Kirkpatrick – have thought about a potential NSYNC reunion.

The idea about the reunion was first discussed when the boy band – excluding Timberlake – reunited for a performance with singer Ariana Grande at Coachella in April.

“I think that’s when it really was kinda a lot stronger because I was with my fellas and stuff,” Fatone expressed his desire to reunite. “We were excited, but it was Ariana’s show. So we were just like, ‘Hey, we’re coming in, having a great time.’ And that’s what we did. We had a blast doing it ’cause it was, like, two songs, let’s have fun, no stress on us.”

Fatone continued on to talk about the boy band’s performance at Coachella “interesting,” and how it made him “relive things in back in your head, about back in the day, when you used to tour and stuff like that.”

“So, I say never say never,” he said of a potential NSYNC reunion, before adding that he has no idea if this idea will ever come true.

“When we did the Coachella one, I mean, there’s talks about possibly toying with the idea,” Fatone revealed. “But we really don’t know… I’m only one [member]. There’s others.”

Fatone also mentioned that former member Timberlake isn’t interested in the reunion. The singer instead nominated James Van Der Beek to take over Timberlake’s role if the boy band does decide to reunite. Fatone gave his endorsement to Van Der Beek after his jazz performance to the band’s iconic track, “Bye Bye Bye.”

“He can be the fifth member of NSYNC… He has amazing hair. I wish I had that,” Fatone said about Van Deer Beek.

Van Deer Beek told Entertainment Tonight that he would be interested in being part of the boy band, but on one condition. “If I can lip sync to Justin’s vocals, sure. Yeah, I’m in,” the former Dawson’s Creek star said.