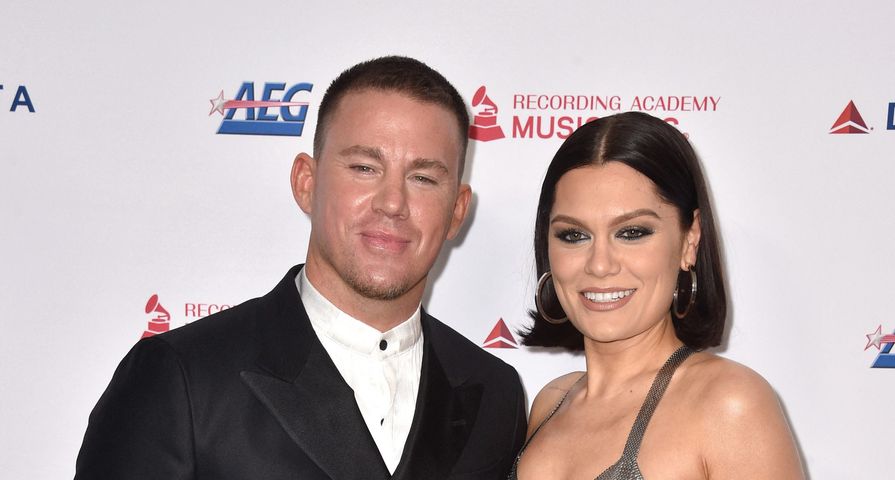 Jessie J and Steve Kazee are defending their significant others after Channing Tatum made headlines for his comments about his ex-wife Jenna Dewan.

On Saturday, January 25, The singer shared her support for the 39-year-old actor with a sentimental Instagram post after he argued that nobody was “more stunning and beautiful to look at… than Jess. And yeah that includes my ex.”

“When you put the outside whispers, noise and comparisons on MUTE and turn YOUR life volume UP full blast,” Jessie wrote alongside a video of herself and Tatum sharing a kiss. “When you surrender and fearlessly act on the truth that always was. Love GLOWS and GROWS in a different way. Happiness from the inside out. I love you so much baby @channingtatum The way you love me and the way I love you and the way we feel it is all that matters ❤️.”

The singer also posted some behind-the-scene pictures, including red carpet photos and PDA videos, of their outings at the 2020 MusiCares Person of the Year ceremony in Los Angeles on Friday, January 24. “Happiness, happiness, happiness,” Jessie captioned one of the snaps.

Kazee took to Instagram Stories on Saturday to defend his girlfriend, Tatum’s ex-wife Jenna Dewan, who is pregnant with her first child with Kazee. According to E! News, he shared a gif of Will Farrell saying “Watch your mouth.” He also captioned the photo with, “That reckless talk bruh…”

Jessie and Kazee’s comments come just one day after Tatum responded to an Instagram user who compared his ex-wife to his current girlfriend. The actor posted a photo of himself and Jessie for the first time since their split and reconciliation last Friday.

“Jenna looks better with you,” the user commented on the photo. Tatum replied, “hey Alex I don’t usually address s–t like this. But you seem as good a of terrible happy people hating thoughtless person as the rest of them.”

He went on to add that he only wants to interact with fans who are positive and “support the infinite and untouchable beauty and woman that Jess is.”

“And ain’t no body more stunning and beautiful to look at but even more as a human than Jess. And yeah that includes my ex,” Tatum continued. “Sorry about your opinion. But what i said is facts. just facts. Ok bye be careful with your actions it’s what you create for yourself.”

The actor then later clarified his comment, clarifying that “Jenna is beautiful and amazing in her own right. But no and i mean no [one] is more beautiful or better than anyone else.”

“Beauty isn’t measurable. It’s in the eye of the be holder. So while all you infinitely beautiful people pour over these words and try and find s–t to start s–t wit. I’m gonna be enjoying my MF night with my gorgeous lady and cuddle up in her beautiful heart,” Tatum concluded.

After almost 10 years together, Tatum and Dewan called it quits on their marriage. Although the two have not finalized their separation, Tatum and Dewan were declared legally single in November 2019 and shortly after the Instagram drama reached a custody agreement regarding their daughter Everly.