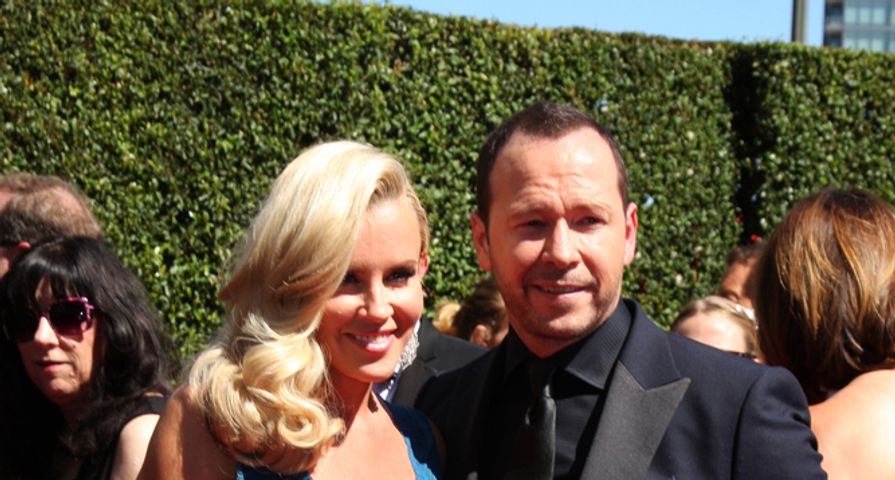 Stop the bus! Jenny McCarthy and Donnie Wahlberg are married. Talk about the greatest sleight of hand in the realm of celebrity dating.

This courtship was so out there, but played so close to the chest. It was announced that the couple became engaged in April of this year, but it’s like the news was neatly folded and put in a closet with the wedding date remaining a bit of a mystery. Turns out, Labor Day Weekend was the perfect time to get married this year. Lots of people were doing it. Chances are, you knew someone getting married this past weekend… well, other than Jenny and Donnie.

For starters, this couple seems built to last for awhile. Both parties can look back on the last 20-25 years of their life, and say, “Holy crap!?” There was a lot of “what was I thinking” moments, followed by starkly contrasted clarity as they worked through their 30s. A lot of stories to share for the next pass of years, no doubt. This is the second marriage for both Jenny and Donnie.

The couple married in suburban Chicago (Jenny is an Illinois native), and the both looked stunning. Jenny, of course, was as head-turning as ever, boasting a strapless white gown, and sheer veil, and Donnie accompanied his bride looking dapper in a classically-cut tuxedo.

Was Marky Mark there? No. He wasn’t. Unfortunately, he had a conflict of familial interest: His daughter had a big birthday party planned, and Mark wasn’t about to miss it. The importance of the party seemed to stem from his recent non-stop shooting schedule on Ted 2. Mark just needed some family time, and we’re sure that the newlyweds did just fine at their ceremony without him in attendance.