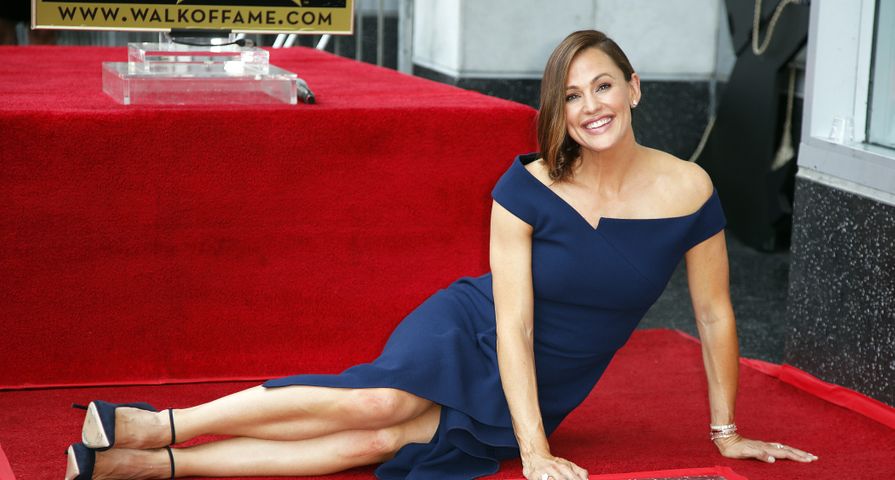 After years in the spotlight, Jennifer Garner received a very special honor on Monday, August 20.

The 46-year-old actress was surrounded by family and friends as she received her star on the Hollywood Walk of Fame. While her ex, Ben Affleck, did not attend, their three children Samuel, 6, Seraphine, 9, and Violet, 12, all cheered on their mom who looked radiant in a familiar dress.

Garner opted to accept the honor in Roland Mouret’s Barwick Dress, which royal watchers will recognize as the same dress that Duchess Meghan donned the day before she married Prince Harry. Of course, both gorgeous women rocked the navy off-the-shoulder dress.

Judy Greer, Bryan Cranston and Steve Carell, three of Garner’s former co-stars, were there to help honor her on Monday. Greer even dished about working with Garner on 13 Going on 30 during her speech.

As for Garner, the actress made sure to give her kids a special shout-out and told them she loves them, adding, “this is about hard work and good luck and not a whole lot else.”

“It is definitely one of the more surreal moments I’ve had.” She later added that she feels “really lucky.”

Ahead of the ceremony, Garner opened up about her family making a big Hollywood appearance for the event, which is rare for them. “My family is not a Hollywood-y family. My little sister is an accountant. My older sister’s in marketing. They have always been unabashedly proud and happy for me, but my job is not the focal point of our family.”

But becoming a permanent part of Hollywood is so special that her own mother lit up — “the most excited I think I’ve ever heard her be about anything!”