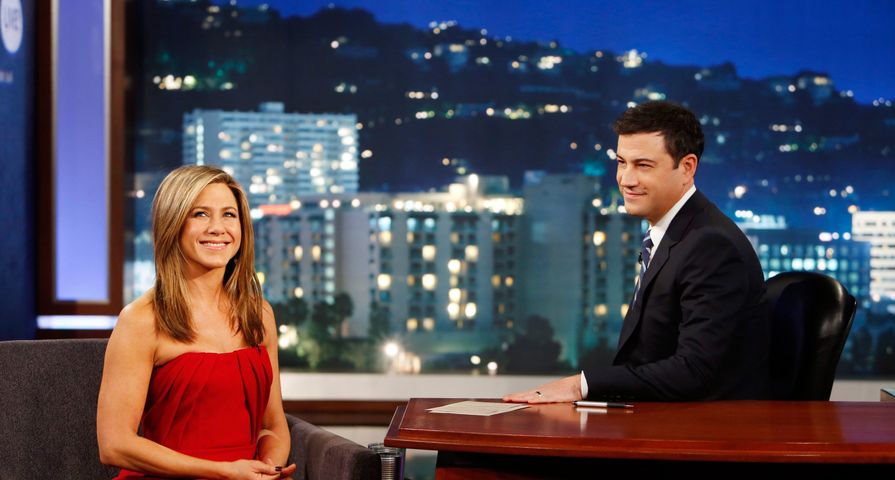 On Wednesday night, Jennifer Aniston put her cooking skills to the test to celebrate Friendsgiving Dinner with those close to her, including Jimmy Kimmel. For the event, the actress made something “extra special” for the late-night show host.

The Morning Show actress made Kimmel some “f–ing Friendsgiving enchiladas,” and posted the snap to Instagram for her 20.7 million followers to see.

Although it may seem odd that Aniston made a Mexican dish for her Thanksgiving dinner, there’s a backstory behind it. Almost a year ago, the actress appeared on Jimmy Kimmel Live! and the two began to talk about her Friendsgiving dishes.

“On Thanksgiving, I cook a lot of stuff. Turkey, yams, sweet potatoes,” Kimmel explained to Aniston. “At your event, we have all of those things. So, then I’m making the same thing everyone had the night before, again. So, in essence you turned my meal into leftovers.”

Kimmel then suggested to her to use her love of Mexican food as an inspiration for her Friendsgiving festivities. “I know you love Mexican food. Graciasgiving would be a nice thing. Or Amigosgiving,” the late-night host said. “If you start doing it everyone will follow suit… Just like with your haircuts, everyone gets the same thing!”

“Ok, @jimmykimmel… here are your f–ing Friendsgiving enchiladas,” she shamelessly captioned her Instagram post with a photo of her holding the Mexican dish. She also shared a video of Kimmel laughing over the enchiladas at her Friendsgiving dinner party.