Jennifer Aniston And Justin Theroux Step Out Together 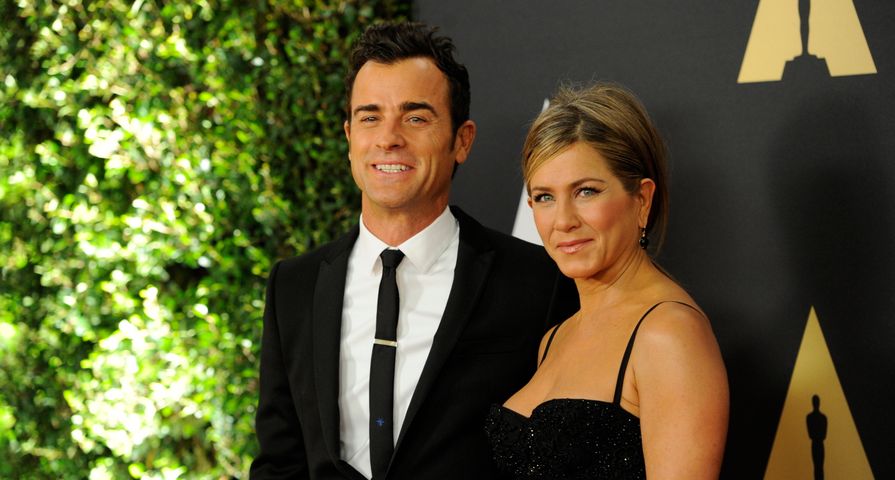 Jennifer Aniston, 45, and fiance Justin Theroux, 43, hit the red carpet together for the Governors Awards in Hollywood on Saturday November 8.

While the two have had to face their fair share of rumors surrounding their relationship, they looked absolutely in love.

“Every time I saw them they were touching,” an eyewitness said of the couple. “She would lay her head on his shoulder while the different honorees were speaking onstage and put her arms around him. He also was holding her hand at the table, and I saw him lean over and kiss her a couple of times.”

While the couple is often spotted together, they don’t attend events together too often, always leaving speculation that the relationship is on the rocks.

Along with rumors of a break-up, and infidelity Aniston has constantly been a target of pregnancy rumors.

Since her very public divorce from Brad Pitt, Aniston has spoken out about wanting children although none of the rumors ever seem to be true.

Justin and Jen have been dating since 2011 and announced their engagement in August 2012 after purchasing a Los Angeles home together earlier that year.

Although the two seem happy there also seems to be no rushed plans for marriage or a baby after two years of engagement.

Also Check Out: 7 Couples We Are Surprised Ever Got Married