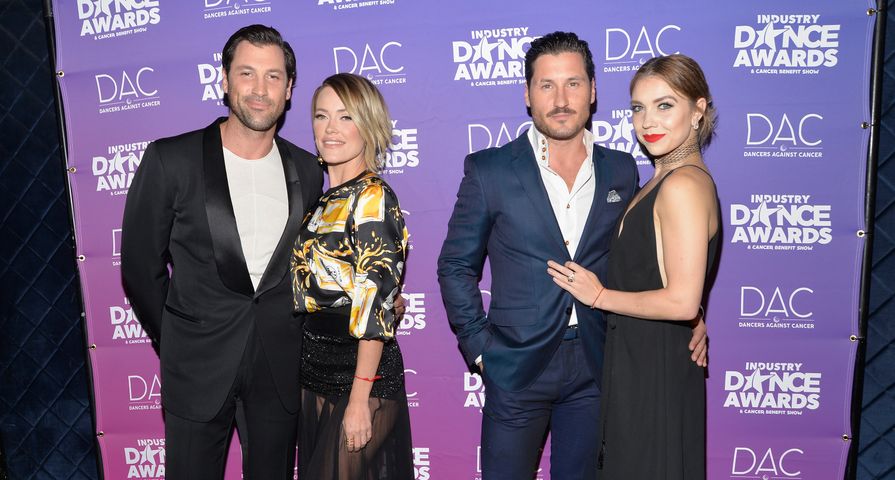 Jenna Johnson and Peta Murgatroyd might soon be pregnancy buddies!

The duo recently sat down with PEOPLE Now alongside their husbands – Val and Maks Chmerkovskiy – where they revealed why they want to conceive around the same time.

“I want to be … not miserable alone but [have a] buddy!” said Johnson, who tied the knot with Val last April.

Concurrently, Peta and Maks are looking to expand their family that already includes 3-year0old son Shai Aleksander. The couple want at least four kids in total.

“[I want to have] at least three [biological] and then adopt after that. That’s what we were thinking,” Peta said.

“With the second one, hopefully [we have] a daughter so I also have a child,” Maks joked, adding the couple’s son is a “mama’s boy.”

But in all seriousness, “It’s a beautiful thing,” Maks said of parenthood. “We also want to have more kids. [We didn’t plan] it but this is something that’s a dream come true, so why not coming true with other dreams?”

“We welcome the opportunity and [are] looking forward to it, for sure,” he added.

By seeing Maks as a dad, Val has “learned” that fatherhood really “changes you, as cliché as it sounds.”

“We grew up with amazing parents,” Val said. “Our father is a hero for us and so I’ve always looked at him as somebody that I couldn’t wait to be, as well. So I can’t wait to be a father, and watching Maks become the father that he is has been very motivating for me, as well.”