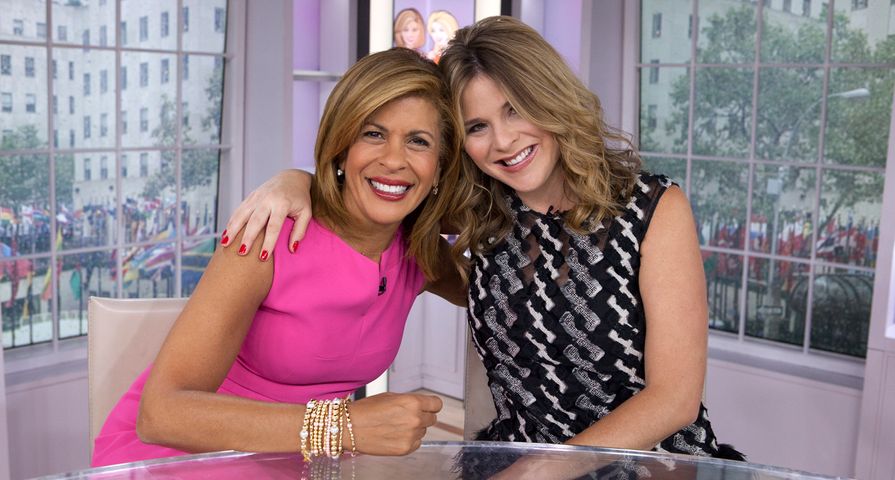 The Today Show has officially found its permanent replacement for when longtime host Kathie Lee Gifford exits in April.

Jenna Bush Hager has been named to co-host with Hoda Kotb in the show’s fourth hour. “I’m so excited, I can’t believe it,” Bush Hager told PEOPLE. “It feels organic and it feels right. It just feels like the right time for me.”

Of course, the move isn’t exactly surprising to fans who immediately assumed the 37-year-old would be Gifford’s replacement after she announced she was leaving back in December. “I’ve been the fill-in which is a fun position to be because there’s no pressure but you could just have a blast,” Bush Hager says now. “So, to take it to the next level is awe-inducing.”

Meanwhile, Hoda Kotb couldn’t be more thrilled by the choice as well. “Being around Jenna is like being around the most real person. She says exactly what she thinks and believes and there’s something about her that makes you do two things. You lean in because you want to know more and also you kind of weirdly tell her your secrets and you’re like ‘Oh my God, I just blurted all that out!’” Kotb told PEOPLE. “She has this thing that’s special. I know that people try to have it but I think you’re born with it. And Jenna has it and it’s the thing that makes her laugh at herself when she spills coffee on herself. It’s the way that she makes other moms feel good enough because she explains how she’s had the worst day ever and puts it out there.”

As previously reported, Gifford announced her departure back in December, saying, “I’ve been here almost 11 years — I’m going to be leaving the Today show,” she began. “This is an exciting time for me and I’m thrilled about all the projects that are coming up. … I’ve been in this business 12 years and never worked with a more beautiful group of people.”