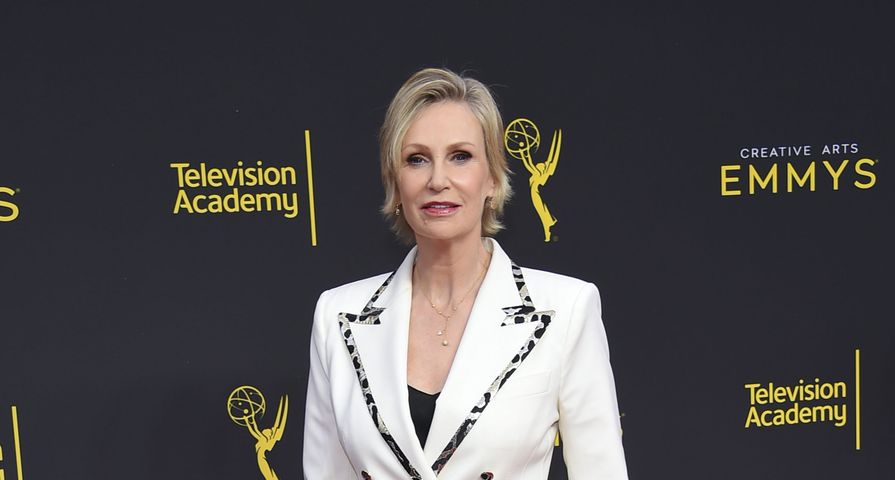 While Dancing With the Stars fans would love to see former Glee star Jane Lynch perform on the ballroom floor, the actress recently told Entertainment Tonight that she would never be up for the challenge.

“I can’t be shown how to dance,” Lynch explained to Entertainment Tonight press tour for The Marvelous Mrs. Maisel on Monday. “If someone says, ‘Step, ball, change’ … I’m gone! It’s not for me.”

Even Lynch’s good friend, Kate Flannery (who competed on season 28 of Dancing With the Stars with pro Pasha Pashkov) couldn’t convince the actress to put on a pair of ballroom shoes.

“It was great for her. It’s not great for Jane,” the actress exclaimed. “It’s the dancing! Maybe Skating With the Stars...”

Although fans will not be seeing Lynch on the dancing competition show anytime soon, fans of the actress can catch her as Sophie Lennon in the new season of The Marvelous Mrs. Maisel, set to premiere on Friday, December 6 on Amazon Prime Video.

“It’s the best,” Lynch said of her character. “She’s just racked with insecurity and it manifests itself in entitlement, in a smugness. Just always on the verge of saying, ‘Why doesn’t anybody love me?’ I have to say, I love doing that.”

Lynch teased to Entertainment Tonight about what fans could expect from season three of the show, and shared that “Sophie Lennon has decided that she wants to leave Sophie from Queens behind.”

“I think a lot of it has to do with Midge [Rachel Brosnahan] showing that you don’t have to base yourself by doing a character like that,” she continued. “And [she] decided she’s going to go for exercising her theatrical chops, which, according to her, are quite prodigious. So I think that’s probably what’s going to be explored.”