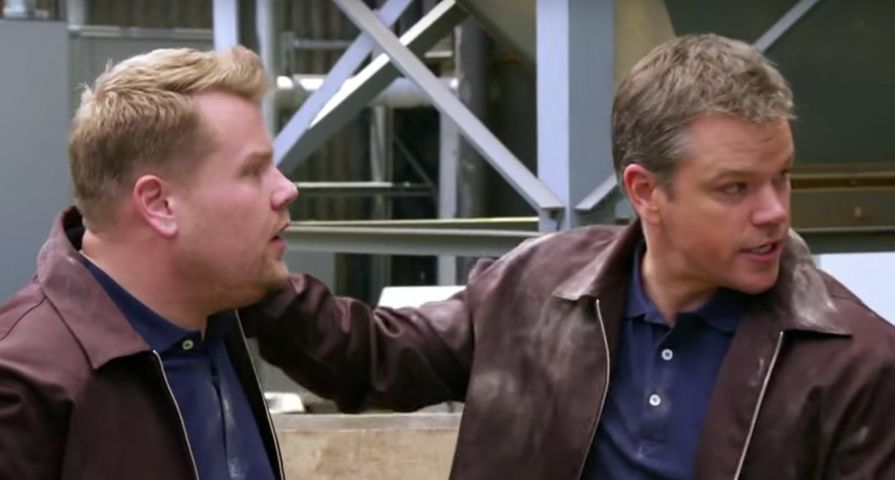 Things You Might Not Know About James Corden
Source: CBS

With the release of Matt Damon’s latest film in which he reprises his iconic super-assassin role of Jason Bourne, he has been hot on the press tour which has included many late-night talk show appearances.

On Monday, August 1, Damon appeared on The Late Late Show with James Corden where he attempted to trick Corden into becoming his Jason Bourne stunt double. Corden opened the segment saying, “I ran into Matt while I was clothes shopping recently, and I was like, ‘Man when are you gonna come back on the show,’ and he was like, ‘Are you kidding James, I would love to come on the show. It’s a dream come true for me, but you have to return the favor. I need to have you in the next Bourne movie.'”

Damon, however, had a different story, jokingly stating he doesn’t really like going on the show because all Corden does is talk about how much the two men look alike, and tried to get out of the show by roughing Corden up who had no idea he was being used as a stunt double. In his first scene, Corden has to take a punch to the face. “James looks like he can take a punch. That can’t be the first time he’s been punched in the face. He’s got an extremely punchable face,” Damon said afterward.

Watch as Corden jumps off a building without crash pads, and more all at the hands of Damon’s plot to not appear on The Late Late Show.