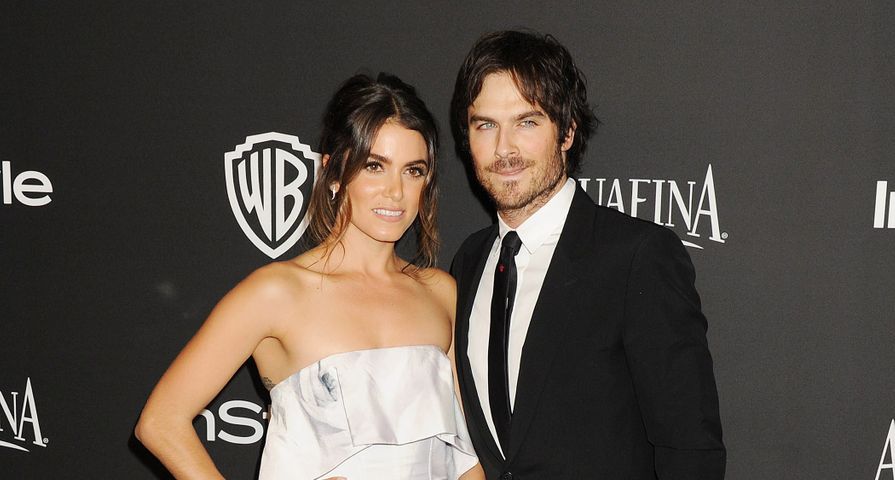 Ian Somerhalder is off the market!

Over the weekend, the Vampire Diaries hottie, 36, married Twilight star Nikki Reed, 26, in a sunset ceremony in Santa Monica, California.

On the morning of his wedding, Ian took to Twitter to share his excitement, writing that it was the “most beautiful morning ever.”

Ian and Nikki had only been dating for nine months; they announced their engagement just four months ago. They first took their relationship public when they were spotted getting affectionate at an L.A. farmer’s market.

They also bonded over their love for animals, and even asked their wedding guests to donate to an animal rescue charity instead of buying them gifts. Adorable and charitable!

Together, Nikki and Ian have four dogs, three cats and two horses — split between two coasts.

“I did a horse film about a year ago and I literally couldn’t separate myself from two of the horses. They became like my family and I couldn’t say goodbye,” Nikki said in an interview with People magazine earlier this year. “I’m so lucky that Ian and I are on the same page with animals. We made [adopting the horses] happen together.”

“We have such an amazing future ahead of us and anything we put our minds to will become a reality,” she gushed about Ian. “I’m just excited for all those possibilities.”