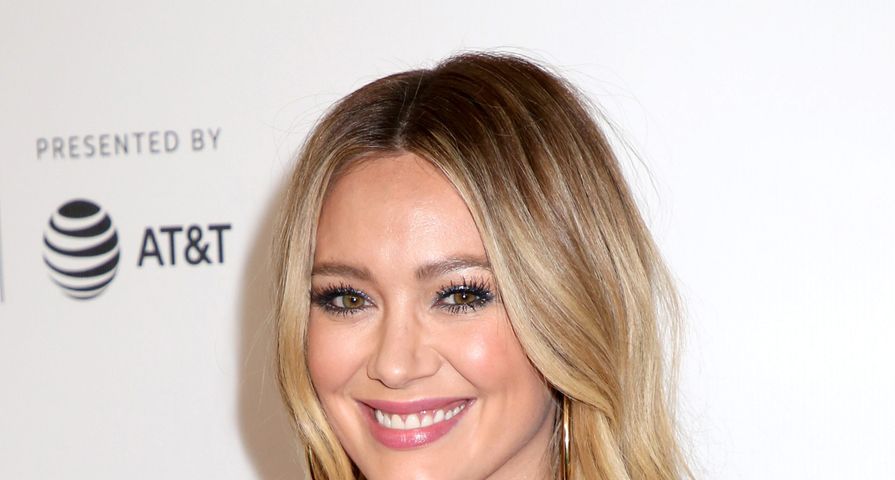 Lizzie McGuire is officially back!

Hilary Duff shared her very first photo of herself as Lizzie McGuire in the show’s upcoming reboot this past Tuesday. The snapped photo published to Instagram showed her brightly smiling in Washington Square Park by the park’s well-known arches.

While this photo isn’t a preview of what Lizzie’s new life will appear like. The Disney+ network also shared a series’ reboot photo of Duff’s character on Tuesday as well. The published picture captured Duff walking through the park, but with an oversized, white, plush alpaca on her shoulder.

“Alpaca your bags! #LizzieMcGuire, an original series coming soon to #DisneyPlus, is heading to the Big Apple for the next chapter in Lizzie’s story. Check out this exclusive photo from the first day of production,” the Disney+ network captioned the photo.

“The alpacas name is Henry. And she [sic] really kept a girl warm today,” the star jokingly commented on Disney+’s Instagram post.

Last week, Duff got fans delighted about the reboot when she announced on Instagram that her on-screen McGuire family would also be making their return for the series.

“We are standing in what will soon be the McGuire living room,” said Duff. “What’s up fam. We doin this #lizziemcguire #disneyplus.”

The original Lizzie McGuire series ran from 2001 to 2004, created by writer and producer Terri Minsky. The show focused on 13-year-old Lizzie, who daydreamed about being popular in school, as her animated alter ego expressed her true feelings.

Alpaca your bags! #LizzieMcGuire, an original series coming soon to #DisneyPlus, is heading to the Big Apple for the next chapter in Lizzie’s story. Check out this exclusive photo from the first day of production.