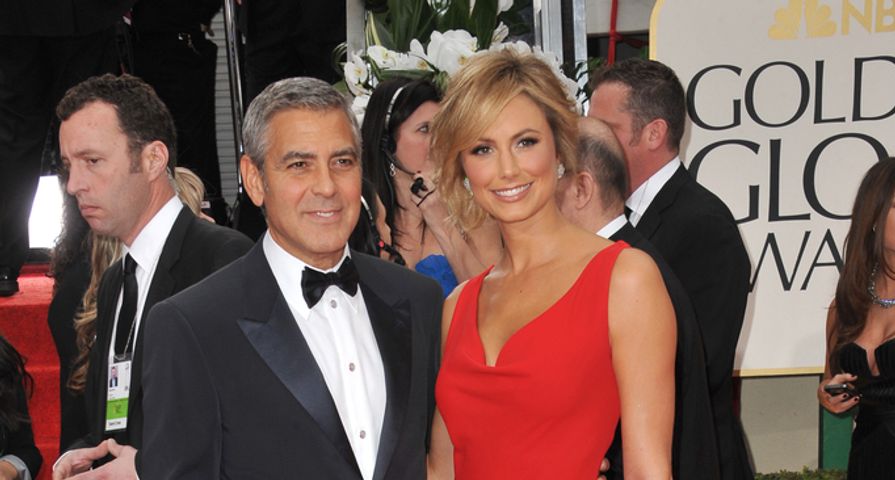 One of the funniest jokes at the Golden Globes poked fun at George Clooney, and he’s officially responded.

“Gravity’ is nominated for best film,” co-host Tina Fey joked. “It’s the story of how George Clooney would rather float away into space and die than spend one more minute with a woman his own age.”

George, who’s notorious for dating younger women, wasn’t present to hear the joke live, but word certainly got around to him. Now, he’s issued a warning to Tina.

“Well, listen, here’s the thing. It’s a well-crafted joke, I can appreciate that,” he said about the joke. He also called himself a bear and made a light threat. Check out the video to hear the rest of his quote!

Sandra Bullock also poked fun at her Gravity co-star when she accepted the Critic’s Choice Award for lead actress. “I’d like to thank George Clooney for floating away and not coming back,” she joked in her speech.

George isn’t taking that lightly, either; “There’s going to be some payback,” he joked.

While working with Matt Damon on a film, George had the wardrobe department take in Matt’s costume 1/8 of an inch every day so that Matt would think he was getting fatter. Watch out Tina and Sandra, you might be next in line for a Clooney prank!

Check out George’s exact comments in the first video below and check out his sit-down interview with E!’s Giuliana Rancic in the cute video below that: