Former ‘Fresh Off The Boat’ Writer Responds To ‘Roseanne’ Joke 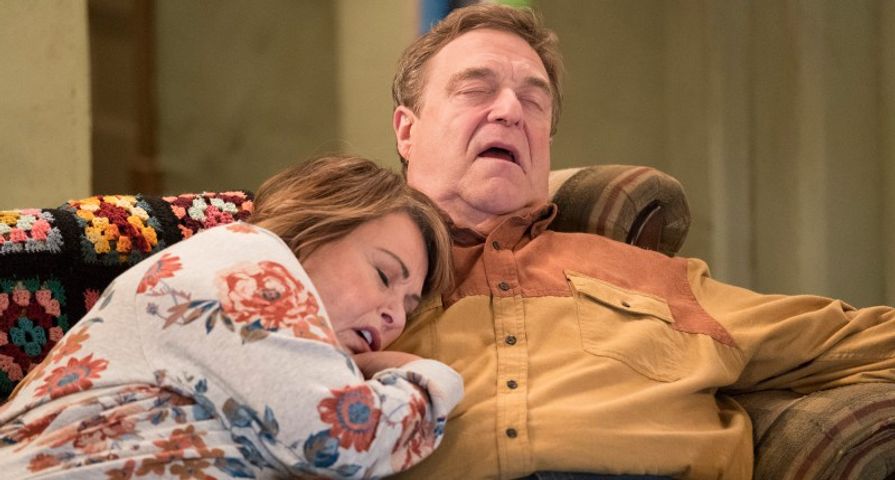 The revival of Roseanne was controversial before it even aired and now the episodes are certainly not failing to stir up even more controversy!

Following the Tuesday, April 3, episode, many questioned why Roseanne would go out of its way to make a jab at two other ABC sitcoms: Fresh Off the Boat and Black-ish, and quite a few didn’t find the joke funny. In the episode, Roseanne and Dan Conner fall asleep watching TV and when they wake up Dan says, “We missed all the shows about black and Asian families,” and Roseanne responds, “They’re just like us. There, now you’re all caught up.”

After the episode aired, but before the backlash really started, Roseanne showrunner Bruce Helford explained the joke to The Hollywood Reporter, saying, “We were commenting on the fact that all sitcoms really want everybody to feel included of all diversities and it’s kind of a funny thing. That’s all. When we did the George Lopez show, we didn’t want anybody to feel excluded because it was about a Mexican-American family. And I don’t think anybody wants to be excluded because it’s [a show about] either a black family or an Asian-American family.”

Former Fresh Off the Boat writer Kourtney Kang didn’t really buy the explanation however, and opened up about her reaction to the joke, saying at first she brushed it off. “I was a writer and co-executive producer on Fresh Off the Boat for its first three seasons, and though I’ve moved on to write features, the show holds a special place in my heart. When I grew up there were no Asian families on TV. Then Margaret Cho got a show on the air and I was obsessed. It meant so much to me to see an Asian family on TV, and then it got canceled,” Kang wrote in her op-ed published by The Hollywood Reporter. “Twenty-some years passed and finally another show about an Asian family came along, and it was good … really good. That same year Black-ish premiered, and that show was good too.”

She then revealed that after thinking about the joke some more she was really bothered and shared that when she was young, another kid in her class “slanted his eyes and sang, ‘Ching-Chong-Chinese-People’” at her, and when she told him,  “I’m not Chinese. My dad is Korean. And I was born in Hawaii,” he answered, “It’s all the same.”

“His message was clear. All that ‘Asian-y’ stuff is the same, but it’s not the same as him,” Kang, who was also an executive producer for How I Met Your Mother, revealed. “He was saying, ‘You’re different. You may be here doing Wizard of Oz with a bunch of white suburban kids, but you are not one of us.’”

She continued, “In these jokes, and in the others like these, at the heart of them, whether the joke-teller means it or not, is a divisive spirit. ‘Us.’ ‘Them.’ It’s always drawing lines. Separating,” Kang continued. “Whenever these jokes have been said to me, the thing that is the most hurtful is not the insensitive dullard who said it. There’s always going to be people like that. What hurts the most is when everyone else in the room laughs.”