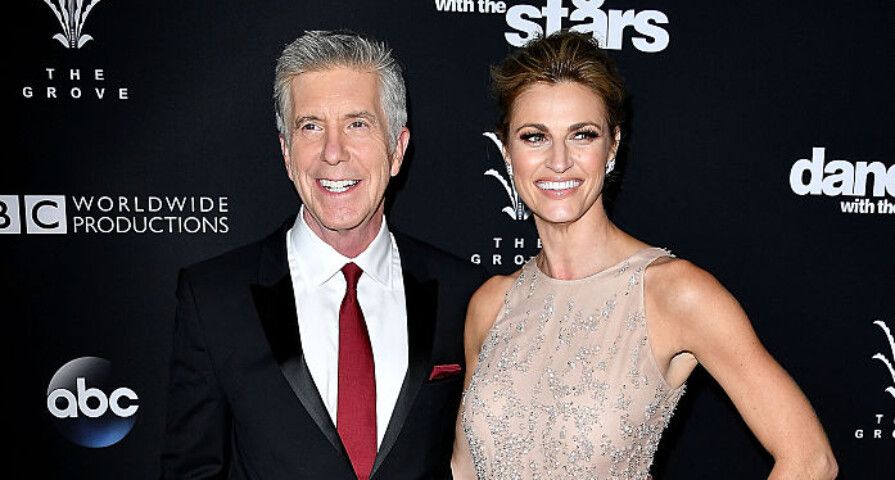 Former DWTS co-host Erin Andrews is opening up about what really led to the decision for her and longtime host Tom Bergeron to exit the show!

During an interview with Extra‘s Jenn Lahmers, Andrews opened up about how she found out that she and Tom Bergeron were leaving the show. “It was a surprise,” said Andrews. “I got a phone call and I answered the phone. I was like, ‘This isn’t good.'”

Andrews added that said she’s stayed in touch with Bergeron and the pro dancers. “I text Tom, like once a week … and the dancers as well. That’s a family,” she said. “I danced on the show and then worked on the show for so many years. I always call it a Dancing with the Stars mafia — once you’re in, it’s really hard to break away. That’s a tight-knit group.”

Andrews also added she wishes Trya Banks the best as she takes over as a solo host of the show.”She can nail the smizing and the walking in gowns and heels, so good for her,” Andrews said.

ABC announced that Tom Bergeron and Erin Andrews would be departing the show back in July. Andrews first competed on the dance competition series then became a co-host in 2014 alongside Tom Bergeron who has hosted the show since its inception in 2005. Shortly after the announcement of their departure, ABC announced that Tyra Banks would be taking over the role as a solo host.