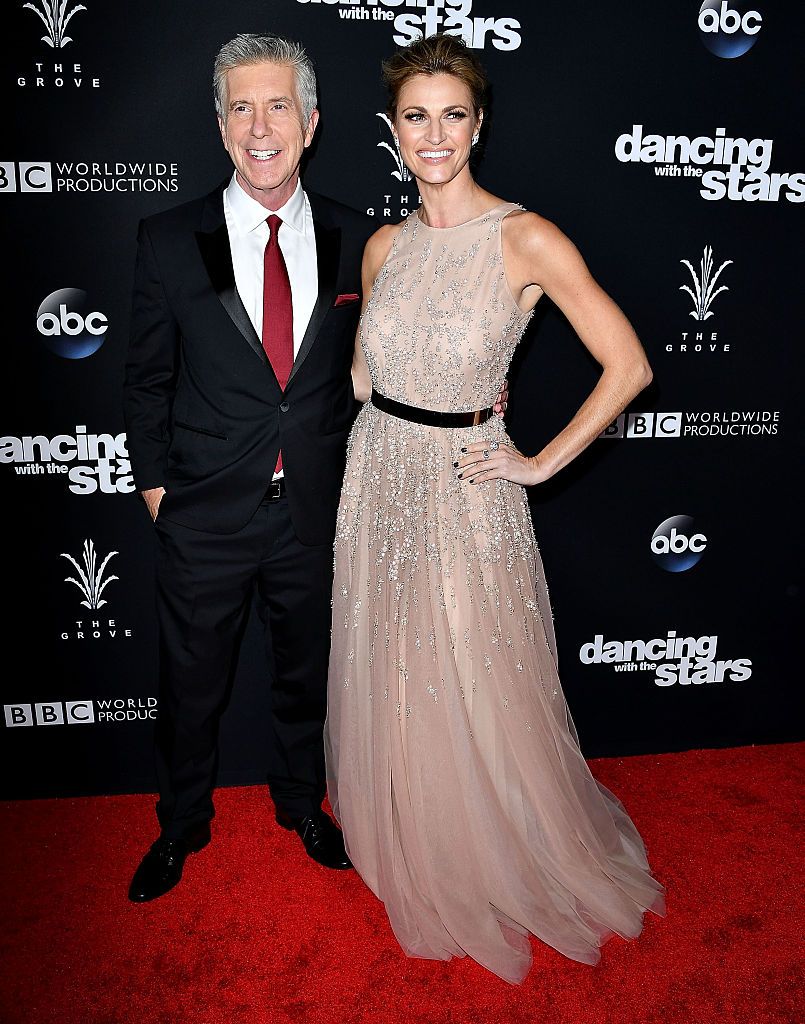 While many are very upset about ABC’s decision to release longtime Dancing with the Stars hosts Tom Bergeron and Erin Andrews and replace with them with Tyra Banks, it seems there is no hard feelings from Andrews.

After a lot of turmoil leading up to season 29 of the reality competition series, Andrews recently responded to fans questions on Watch What Happens Live with Andy Cohen. When one fan asked about Banks saying that it “will be a challenge to step into [Erin’s] shoes as the new host of Dancing With the Stars,” Andrews had a very polite response.

“That’s better than her saying, ‘It’s gonna be easy taking over for this broad!’ So I guess that’s great?” Andrews said with a laugh. “I don’t know.”

Although Andrews did appreciate Banks’ comments, she did take time to reflect on Bergeron’s much larger impact on the show after hosting it since it began in 2005, while Andrews didn’t join as co-host until 2014. “I think that Tom’s shoes are a little harder to fill. He’s the guy, the’s the quarterback of the ballroom,” Andrews shared. “So, that’s nice of her, but he’s the man, and he was the man on that show.”

Leading up to the season 29 premiere and her new job as host for the series, Banks has been very loving towards both Bergeron and Andrews. “Tom, I respect you so much. What you have done for Dancing With the Stars, there’s a reason why it is a successful show. Yes, amazing producers, yes, amazing concepts, but [you]. I hope to do you proud,” Banks said. “And if I make mistakes, I want you to hit me up in the DMs and let me know. Like, ‘Girl, you messed that up.’ Because I want to make you proud. Thank you so much.”

In early September the celebrity cast for season 29 was released, but fans will have to wait until the premiere to find out the celebrity-pro pairings!

The all-new season of Dancing With the Stars kicks off Monday, Sept. 14 at 8 p.m. ET/PT on ABC.